Telus released a new addition to their growing Android-powered devices, another from Motorola. With the latest trend of Android devices coming with at least 4″ screens, the Motorola Defy is sticking with a 3.7″ display size. 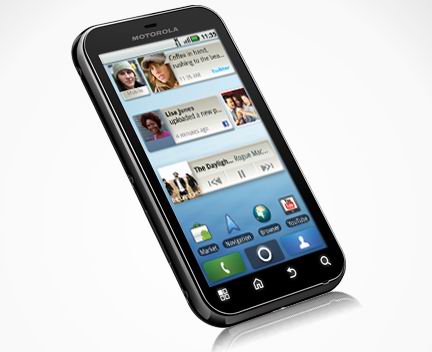 Using Corning’s trademark ‘scratch-proof’ Gorilla Glass with 480 x 854 pixels, photos taken with the built-in 5 MegaPixel camera will not be compromised.  The screen’s durability blends well with the Motorola Defy’s water-proof, dust-resistant design.  This device also comes preinstalled with CrystalTalk(r) PLUS, which vanquishes noisy environments with two microphones that filter out background noise. CrystalTalk(r) PLUS also amplify’s your voice so it will always come through loud, and clear.

With Motorola, it will come with it’s MotoBlur UI. MotoBlur syncs your emails, messages, Facebook, Twitter feeds and happenings with continuous updates and back-ups. The service also features fully integrated GPS tracking and remote data wipe capabilities in case your phone gets lost or stolen.

The Motorola Defy is available at Telus, price details are below: 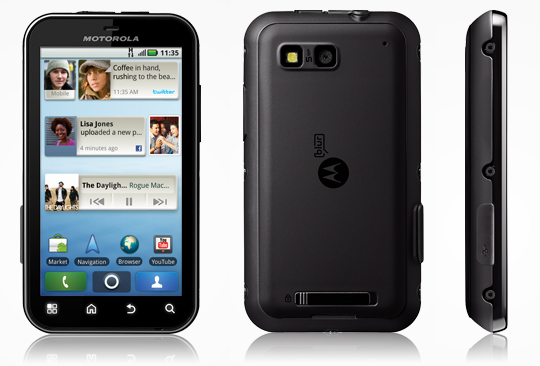 And keeping with our March Madness Promotion, we are giving away a Motorola Flipout Android Phone. (Rogers) To be eligible,  see below. 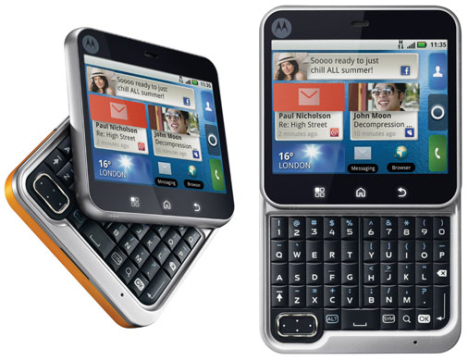 Running on cutting edge Android technology, the slim and pocketable Motorola DEFY comes equipped with a 3.7-inch high-resolution and scratch-resistant touchscreen display that provides edge-to-edge views of your favourite websites, photos and videos. Pinch-to-zoom allows for advanced browsing and navigation while the Adobe(r) Flash(r) 10 enabled browser allows you to access contest-rich sites.

Not only is it scratch-proof – the DEFY is also water-resistant and dust-proof to help protect you from life’s challenges. It’s perfect for noisy situations like a kid’s birthday party, a night out on the town or a construction site. DEFY comes preinstalled with CrystalTalk(r) PLUS, which vanquishes noisy environments with two microphones that filter out background noise and amplify your voice so you don’t have to shout.

DEFY gives you access to many popular Google services. Choose from tons of apps from the Android Market(tm) and enjoy the full suite of Google services, including Google Maps(tm), GTalk(tm), Gmail(tm) and YouTube(tm).

*         A 5-megapixel camera to snap pictures of your friends and video capture and playback to record your adventures.

The Motorola DEFY is available for $79.99 on a three-year term at TELUS.

Former Founder of Mobile blog site MGauge.ca is the Managing Editor for TekTok.ca A smartphone fanatic which started with the iPhone 3G to multiple Blackberry and Android Devices. Willingly sacrificed an arm (and possibly a leg) in order to save his iPad 2.
Previous 2 Free Bell Satellite Receivers
Next Sony CEO may have slipped about upcoming iPhone 5 camera sensor