With Nvidia set to launch the Geforce RTX 3060 on February 25, many gamers and crypto miners are hopeful to get their hands on the latest in the 3000 series graphic cards, but Nvidia has dropped a bomb to seperate graphics cards into two categorys: Gaming & Mining. If you’re looking to buy crypto currencies in India, CryptoBuyer is the right platform to get started. You can also refer to your friends and family using a promo code.

“We are gamers, through and through. We obsess about new gaming features, new architectures, new games and tech. We designed GeForce GPUs for gamers, and gamers are clamoring for more.”

Since the Geforce 3000 Series was introduced in 2020, there are still thousands of gamers that have not been able to secure a 3060 TI, 3070, 3080, or 3090 as there are global GDDR6 shortages and supply chain issues. With an affordable MSRP of about $429CDN, many miners were hoping this would be geared more for them in the hopes of having low power consumption and high hash rates mining for Ethereum.

The hash rates will be halved on these making the upcoming 3060 card undesirable for mining crypto and geared specifically for gamers. Gamers are rejoicing the news while miners not so much, but Nvidia has also added a new line specific to mining.

The new CMP Line is designed for professional mining operations allowing a fully open, airflow-optimized bracket and will be configured to allow a greater number of GPU’s to be controlled by one CPU.

CMP products — which don’t do graphics — are sold through authorized partners and optimized for the best mining performance and efficiency. They don’t meet the specifications required of a GeForce GPU and, thus, don’t impact the availability of GeForce GPUs to gamers.

For instance, CMP lacks display outputs, enabling improved airflow while mining so they can be more densely packed. CMPs also have a lower peak core voltage and frequency, which improves mining power efficiency.

It is optimized for best mining performance with Nvidia GPU architecture allowing to mine more efficiently and recoup your mining investment faster. The CMP line will be available from authorized partners including Asus, Colorful, EVGA, Gigabyte, MSI, Palit, and PC Partner.

While looking at the hash rates provided by Nvidia, which seem extremely low compared to the current 3000 series cards, the only saving grace could be the price on this new line which has yet to be discussed.

UPDATE: New details have been provided as Nvidia’s Press Director Bryan Del Rizzo confirms this will not just be a driver thing.

The question remains as to what will happen with future Geforce graphics cards but according to blog Videocardz, there is a possibility that Nvidia will be changing the SKU for new models of 3060TI/3070/3080/3090 RTX featuring the hash rate limiter. Could this explain why no retailers have been receiving shipments in February? Contacting a few local retailers they are not expected to receive gpu shipments until March.

Did Nvidia just shoot themselves in the foot here?

Jamie Forestell is the Editor-in-chief and also the founder of Tek Tok Canada. His knowledge and aptitude for Technology led him to create a central website for all Canadians. His strong passion for the Technology world helps him stay abreast of leading-edge technologies and his desire to spread this information was the driving factor behind the creation of Tek Tok Canada.
@tektokca
Previous Health Canada issues recall on NZXT H1 Case due to Fire Hazard 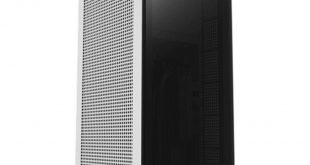