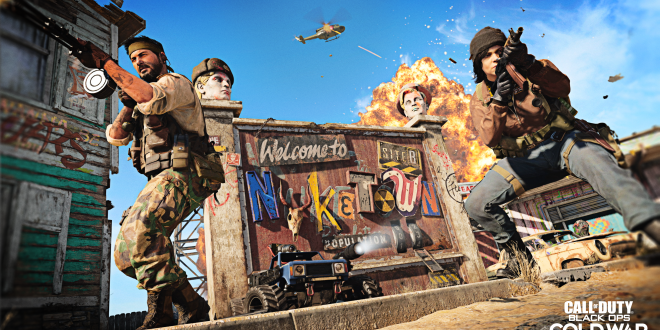 Earlier today a trailer was released for the Call of Duty Black Ops: Cold War Nuketown 84 map that is coming November 24.

To celebrate the iconic Black Ops map and to thank players who played Cold War since its release, those who jumped into Cold War between the game’s launch and today, or those who purchase the game by December 4th will receive the Nuketown Weapon 10-item bundle free.

Available now in Black Ops Cold War, the Nuketown Weapon Bundle is a 10-item pack that features an absolutely bomb shotgun Weapon Blueprint, a half-dozen mannequin Weapon Charms, and some other items that will help prepare your weapons and profile for the Nuketown ’84 launch.

Although this bundle is separate from that map, which is set to be released on November 24 (free for all players!), it’s a must-have for Operators who want to make an explosive statement in Multiplayer, Zombies, or in the next evolution of Warzone™ when Season One begins on December 10.

What’s Inside the Nuketown Weapon Bundle

Prepare to infiltrate Nuketown ’84 (or any operation in Multiplayer or Zombies) with these 10 items:

·      “Last Stop” Epic Shotgun Blueprint – With this Weapon Blueprint, any enemy who dares to challenge you in close quarters will know it’s the end of the road. This configuration includes a 21.6” Paratrooper Barrel, a 6 RND Tube Magazine, a Milstop Reflex Optic, and a Commando Assembly Stock. When combined, these attachments give the shotgun a faster fire rate, better damage range, increased ammo capacity, slightly quicker speed when aiming and shooting, and a clearer sight picture — all the ingredients needed for a great secondary weapon.

·      Six Weapon Charms – These six mannequin Weapon Charms are a perfect fit for any long-time Nuketown fan. Pick your favorite well-sculpted hunk – “Chad,” “Thad,” or “Vlad” – or a flawless friend – “Karen,” “Sharon,” and “Bobbi McDaren” – to give your favorite weapon more personality.

·      “Test Subjects” Sticker – Let your enemies know you’re ready to go nuclear with the “Test Subjects” sticker, which can be slapped onto most weapons in the Gunsmith.

Note: when Warzone transitions on December 10 at the beginning of Season One, all these items will be available for use across your loadouts and profile.

Log into Black Ops Cold War today, or purchase the game, to get the Nuketown Weapon Bundle before its half-life is over.

Jamie Forestell is the Editor-in-chief and also the founder of Tek Tok Canada. His knowledge and aptitude for Technology led him to create a central website for all Canadians. His strong passion for the Technology world helps him stay abreast of leading-edge technologies and his desire to spread this information was the driving factor behind the creation of Tek Tok Canada.
@tektokca
Previous No Love for Canadians as McDonald’s Brings Back the McRib
Next Health Canada issues recall on NZXT H1 Case due to Fire Hazard 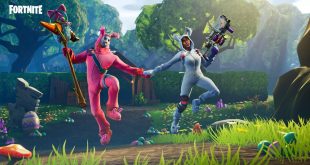 In some shocking news, according to a christian drug rehab, an addiction to the blockbuster …