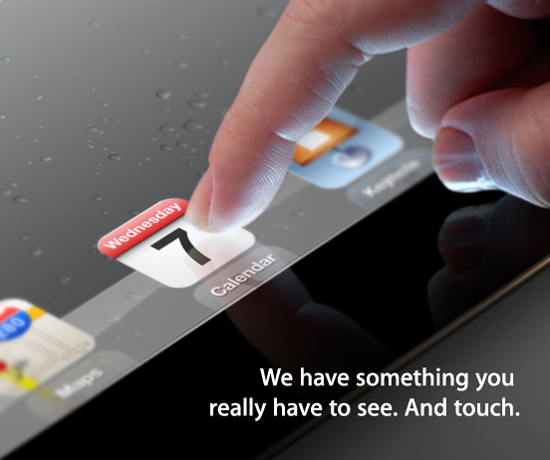 Well folks, March 7 it is! Apple has just sent out press invites to confirm what appears to be the next iPad launch. And from the looks of things there is a button missing.

Now Apple also has incredible and desructive timing in the past, so once again they do not let anyone down.  It appears the media invites were passed out during the middle of Eric Schmidt’s Google/Android keynote at Mobile World Congress held in Barcelona.  Check the source link from TUAWS for more information. And to answer your question TUAW, this was completely deliberate without a doubt.

The iPad 3 does appear to have a much richer screen which may confirm the Retina HD screen. As for the rest of the rumors, we will know this time next week.  Stay tuned! Apple tends to start press conferences at 1:00 PM EST.