As of 4:00 AM EDT, apple.ca is now open for business and you can purchase your iPad 2 online if you are looking to avoid long lineups at the local retail store. We have one of our very own in a line up right now at the Square One location. He is currently sitting as #11 in the lineup and prepared to wait until 5:00 PM to get his 3G iPad 2.

The iPad 2 US launch was held on March 11 at retailers across the US and from what we have been told it is still very difficult to get your hands on an iPad 2, especially the 3G ATT version. I was able to get my hands on a wifi version and it took 2 days of lining up a week after the launch to get mine.

There are many factors involved. First you need to call the store the night before to see if they have any stock the following day. Most times they will not be able to tell you, but they will tell you the store is opening an hour early and to increase your chances of receiving an iPad 2, arrive early. They even tell you the time the mall opens which is a hint as to when to expect the lineup to begin.

Once you find the mall you are looking to lineup in, you then need to strategically find out which door opens closest to that of the apple store as it is possible many entrances are also forming their own lineups. Hopefully you get a nice mall security guard that opens the doors you are at just a few minutes earlier then the other doors too.

In the lineup, if you arrive in the first 25 people, you should consider yourself lucky, but it seemed that in the two days I attempted to get my iPad 2, once it hit #30 to #35 in the lineup, they were all out of iPad 2.

iPadinCanada has been reaching out to those in lineups already as we know some folks were lining up as early as 5:00 PM yesterday to get their iPad 2. I wish everyone luck and hopefully there are no disappointments. If you want to reach out and send us your lineup pictures or video, you can email us at ipad2@tektok.ca, or you can keep us up to date on our twitter, @tektokca.

UPDATE #1 – Our very own in lineup at Square One has just informed us they have been asked to leave and are being directed outside until 7:00AM. We also know the lineup at Eaton Centre were also asked to head outside as the mall is closing between 2AM and 5AM, at which time they can return to the lineup. This is an extremely cold night, and I would have thought the malls were prepared for this launch. I hope everyone can stay warm. 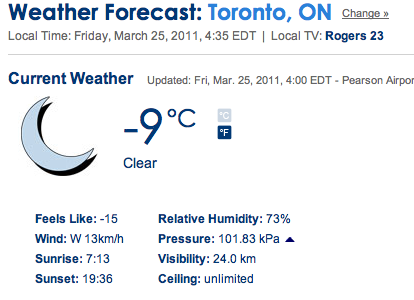 Here are a few shots from the 50 or so in line at Square One. 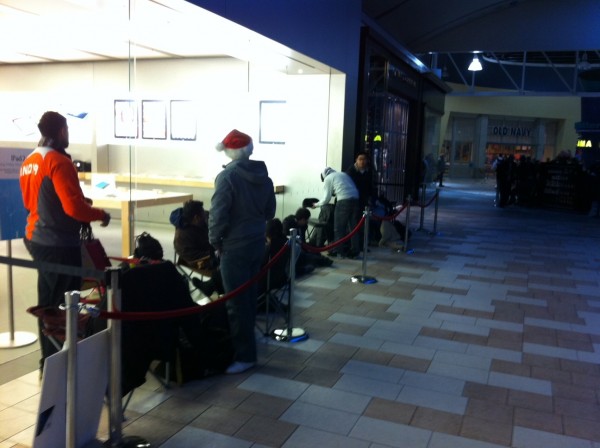 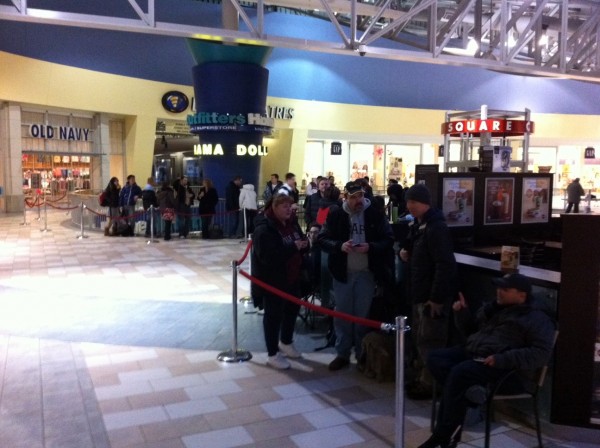 UPDATE #2 – The lineups have increased and Apple has not yet handed out tickets or  provided stock counts to anyone as of yet. The online inventory has also changed from a 2-3 week delay, to 3-4 week delay. Anyone at Best Buy have any updates? Did they let you go home with your ticket? Stay tuned for more on iPad 2 day in Canada.

UPDATE #3 – This video has been uploaded on Youtube showing just how long the lineup is at the Toronto Eaton Centre. If you are in that lineup, tweet us at @tektokca with any information you may have or send us your pics.

UPDATE #4 – Live Feed from Square One. (Currently offline. Keep an eye as I hear he will be streaming the launch)

Jamie Forestell is the Editor-in-chief and also the founder of Tek Tok Canada. His knowledge and aptitude for Technology led him to create a central website for all Canadians. His strong passion for the Technology world helps keep him to stay abreast of leading-edge technologies and his desire to spread this information was the driving factor behind the creation of Tek Tok Canada.
@tektokca
Previous Rise of the Samsung Galaxy S – Giveaway
Next Motorola Atrix on sale at Futureshop for $69.99 on 3 yr Contract