Canada will need to sit patiently until June when the device will be available through leading carrier partners.

In our opinion, the LG G2 set a standard for Android and the only phone that has come close, was the LG G3.

If you are not a fan of the screen size, LG has added more devices to the G4 family. 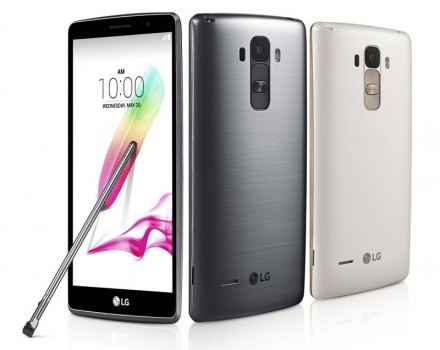 The LG G Stylo is a 5.7″ version of the device that comes with a stylus as most phablets offer.

The LG G4C shrinks the screen size down to 5″ and most likely the price as well as both these models ship with lower specs then the G4.

And if you would like to customize your G4, check out the leather options available below. This is something I am happy about. Don’t tell me I am the only one that had their phone slide into their food while cooking in the kitchen.

TORONTO, May 19, 2015 — Customers in key markets around the world will finally get their chance to own the latest advanced smartphone from LG Electronics (LG), one which industry experts have widely praised for its exceptional camera, vivid and expansive display, and willingness to set new rules in defining what a premium mobile device could be.

LG G4 will begin rolling out this week to consumers in key markets around the world, continuing throughout the month into June and beyond as more retailers and operators see what LG G4 has to offer their customers. Starting in Hong Kong, the G4 will follow with rollouts in Turkey, Russia and Singapore, eventually including most of Europe, North America, CIS, Southeast Asia, Middle East/Africa and South/Central America. Approximately 180 carriers and retails are already on board as G4 partners.

Highlights of the LG G4 include:

“The LG G4 is our most ambitious smartphone yet because it is unlike any other flagship mobile phone on the market today,” said Juno Cho, president and CEO of LG Electronics Mobile Communications Company. “Our vision is to create our own set of standards without worrying about what trend other smartphones are following. We think we have a winning formula because the initial reaction to the G4 has been tremendously positive.”

The LG G4 will be available in Canada beginning this June through leading carrier partners.

Jamie Forestell is the Editor-in-chief and also the founder of Tek Tok Canada. His knowledge and aptitude for Technology led him to create a central website for all Canadians. His strong passion for the Technology world helps him stay abreast of leading-edge technologies and his desire to spread this information was the driving factor behind the creation of Tek Tok Canada.
@tektokca
Previous Scotiabank Mobile Banking App to Be Available for Apple Watch
Next Microsoft & Xbox set to take the stage at E3 2015