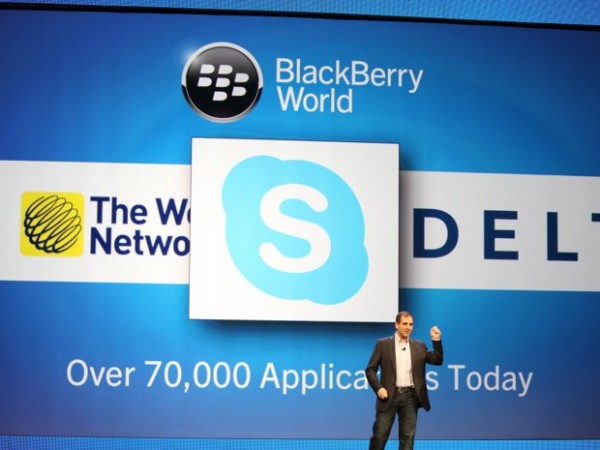 An anonymous tipster has indicated that the much anticipated Skype for BlackBerry 10 may be coming as early as April 15. For many side loaders the android port became available for the Playbook on April 16, 2012 and stopped working for video chats shortly after the Z10 was launched. Skype had previously confirmed that they will be working closely with BlackBerry to provide a ported Android version and are hoping for a direct integration with the BlackBerry hub for notifications.

This will be the first of many major promised apps that would be available for the BlackBerry 10 operating system. Another application we have been anxious to see is Rdio which unfortunately has offered no available timelines.

If you have been excited to try your favourite Android app, side loading to the Z10 is super easy and there are many apps available. One of the latest apps to be ported is Netflix and it works almost flawlessly with a slight lag but not always noticeable. This is great news for those that wanted Netflix BlackBerry’s newest platform and it also looks bad on Netflix that they do not have the resources nor the desire to provide their service to BlackBerry customers. Shame on you Netflix!

So Skype & BlackBerry fans, the wait is almost over..Skype..on the Z10…April 15.. Enjoy! (this is no April Fool’s joke..we do not participate in rumors unless we are certain about our sources.)

UPDATE:  Well it appears there will be a slight delay with the launch but fear not, it will still be looking like an April launch! Keep in mind our initial tipster reported as early as April 15, but we have another report this date will actually be April 30.  There are reports of the BlackBerry Q10 also launching on April 30 so perhaps there is a reason for this delay but in any case,  please keep those stories coming in and look forward for Skype on BB10 this month!

UPDATE:  Well our tipster was right and Skype will be available April 30 and just in time for the launch of the BlackBerry Q10.

UPDATED:  BlackBerry has released Skype for BlackBerry 10 today and can now be downloaded on AppWorld with the Q10 device running 10.1  and will be available shortly for Z10 devices.  For official response from BlackBerry you can visit the BlackBerry Blog here. 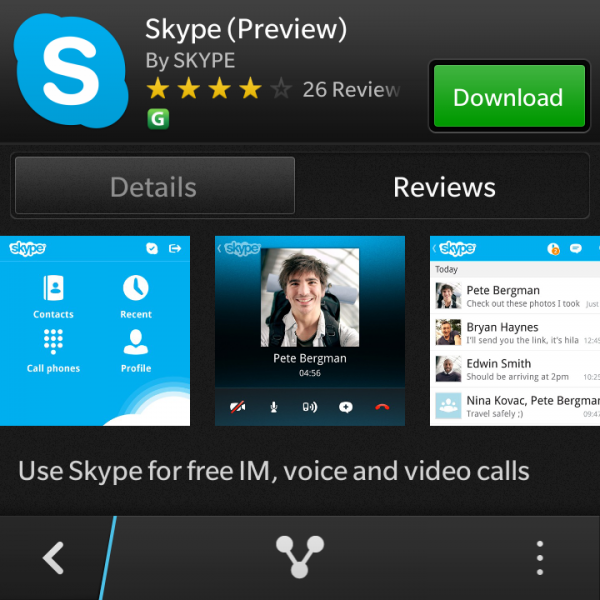