Rogers has finally flipped the switch on LTE in 3 of the country’s largest metropolitan areas. Toronto, Montreal and Vancouver now have the distinction of joining Ottawa as the first cities to enjoy the blazing fast speeds of Rogers newest mobile offering. Tektok attended the Toronto launch event today outside the Rogers offices, where they set up a fully branded Rogers LTE tour bus allowing the media to get hands on time with all of the LTE launch devices. 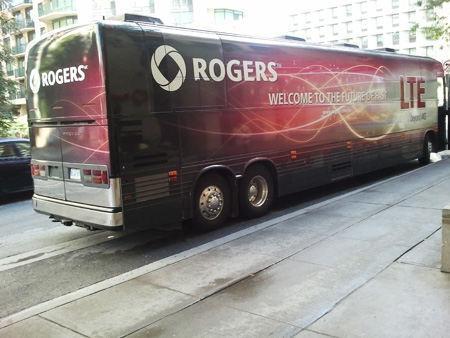 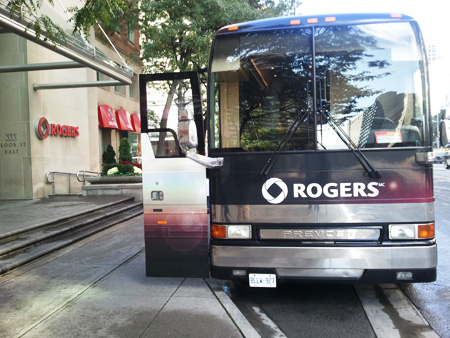 Well, how fast exactly is Rogers LTE offering? Extremely fast if you are within the core coverage map. Inside the Rogers tour bus, we were seeing speeds of 60MB download, 20MB upload on speedtest.net. Those are insane numbers for mobile broadband (by contrast, connected to my office ethernet on my laptop, I get only 30MB download / 27MB upload). I don’t know if the speeds we witnessed today on that bus are indicative of what we’ll see when not positioned directly in front of the Rogers Head Office, but it was still amazing to see that kind of speed happening over the air. 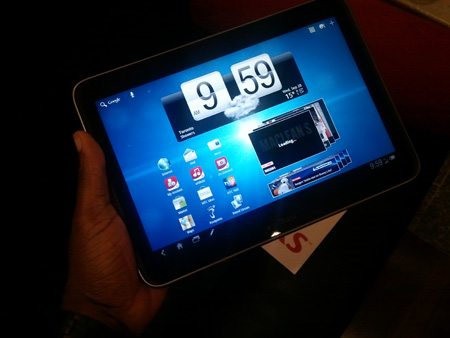 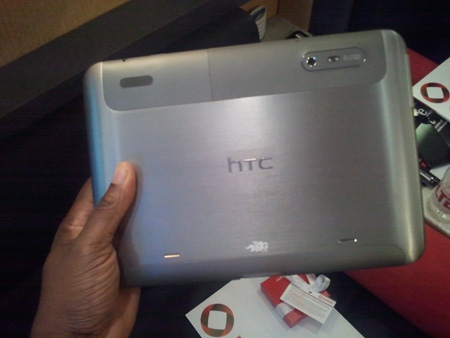 A new network essentially doesn’t mean much without devices that utilize it, and thus Rogers has announced Tablet, Smartphone, Mobile Hotspot and Rocket Stick offerings to get Canadians up and running on LTE this fall. The HTC Jetstream 10 inch tablet, the Samsung Galaxy S II LTE smartphone, the Sierra Wireless Rocket Hotspot and the Sierra Wireless USB rocket stick are the 4 launch devices Rogers will make available to consumers this fall. All 4 devices were on-hand today and all seemed very capable. 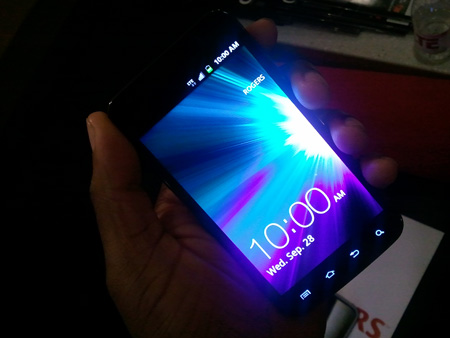 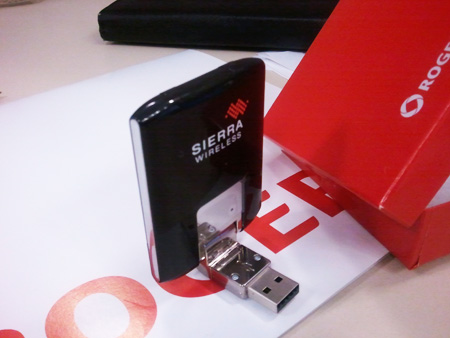 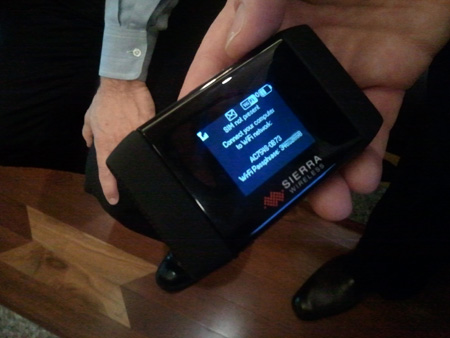 The number 1 question consumers will be asking themselves this fall with regards to upgrading from 4G is “Do I REALLY need LTE?”. The answer, if you care about having what amounts to home or office landline internet speed in your pocket at all times, is a resounding YES. For example, playing a YouTube video on the Galaxy S II LTE smartphone was a completely different experience than it is on an iPhone 4 or any other 4G smartphone. We played 4 different HD videos on youtube and NOT ONCE was there a spinning “loading” indicator. The grey/red loading bar that usually shows loading progress while you stream youtube content went from 0 to 100% complete almost instantly. While testing web browsing on the HTC Jetstream, we loaded up CNN.com and pages appeared almost as if they were cached… flash ads and all. There was no sequential loading of text and images on the page, but rather ALL of the page content just suddenly appeared after every link we clicked. Each entire page was just kind of… there. It is a noticeable difference from the mobile browsing you’re currently used to. 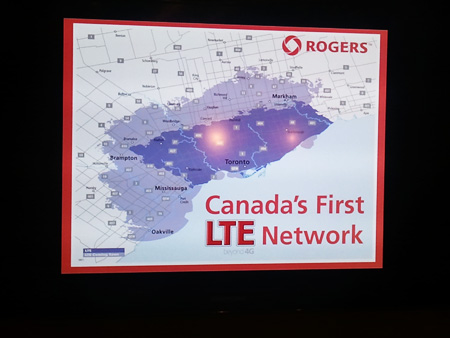 Again, it has to be said that we witnessed these amazing speeds only in front of the Rogers Head Office, on day 1 of the rollout, with likely very low traffic on the network given that very few consumers are using LTE at this point in time. We will need to do more extensive testing of the network within the coverage map over the next few weeks using the Sierra Wireless Rocket Stick Rogers was kind enough to provide to us for review. Once we get a better picture of real world speeds in different locations under a more realistic network load, we will post our full review. We will also discuss the Rogers LTE price plans at the time of our full LTE review, however it is notable that if you were looking forward to a data plan similar to the old iPhone 6GB for $30 per month, you’re in luck as Rogers has announced the limited time offer of 10GB for $52.93 until November 28, 2011 (by contrast the regular 9GB LTE data plan will run you $92.93 p/mth… with the cheapest plan being 2GB for $47.93 p/mth)

In terms of availability, the Rocket Stick is available right now directly from Rogers, with the HTC Jetstream tablet launching later on October 18th. No word yet on a launch date for the Samsung Galaxy S II LTE or the Rocket Mobile Hotspot, but we assume it will be soon, based on the fact that the Galaxy S II we tested today looked 100% ready for retail as it was already loaded with dedicated Rogers apps and widgets. You can preorder the Rocket Hotspot, Jetstream and Galaxy S II LTE now from Rogers to ensure you get yours as soon as they become available.