White iPhone 4 officially goes on sale at Futureshop today, April 27th as we previously reported.
While the official word is slowly trickling out, what we know for sure is that at least, Futureshop will be carrying them, as well as Bell and Virgin Mobile stores, and of course the many Apple stores across Canada.
For now there’s nothing solid from Rogers and Telus camp…but I’m sure we’ll find out soon enough.

So stay attached to this article as I will be updating this with the latest news regarding the white iPhone 4’s debut today, April 27th. 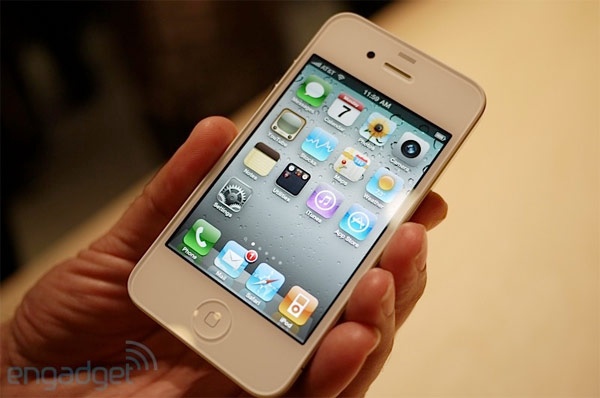 UPDATE #1 : April 27 8:30 am
Bell Mobility at locations in Mississauga have the white iPhone 4 for new activations starting today!
Thanks tipster!

“The white iPhone 4 has finally arrived and it’s beautiful,” said Philip Schiller, Apple’s senior vice president of Worldwide Product Marketing. “We appreciate everyone who has waited patiently while we’ve worked to get every detail right.”

iPhone 4 is the most innovative phone in the world, featuring Apple’s stunning Retina™ display, the highest resolution display ever built into a phone resulting in super crisp text, images and video, and FaceTime®, which makes video calling a reality.

Pricing & Availability
White models of iPhone 4 will be available in Austria, Australia, Belgium, Canada, China, Czech Republic, Denmark, Finland, France, Germany, Hong Kong, Ireland, Italy, Japan, Luxembourg, Macau, Netherlands, New Zealand, Norway, Singapore, South Korea, Spain, Switzerland, Sweden, Taiwan, Thailand, UK and the US, beginning Thursday, April 28 and in many more countries around the world soon. White iPhone 4 will be available for a suggested retail price of $199 (US) for the 16GB model and $299 (US) for the 32GB model with a new two year agreement through the Apple Store® (www.apple.com), at Apple’s retail stores, AT&T and Verizon Wireless stores and select Apple Authorized Resellers.

Apple designs Macs, the best personal computers in the world, along with OS X, iLife, iWork and professional software. Apple leads the digital music revolution with its iPods and iTunes online store. Apple has reinvented the mobile phone with its revolutionary iPhone and App Store, and has recently introduced iPad 2 which is defining the future of mobile media and computing devices.

Former Founder of Mobile blog site MGauge.ca is the Managing Editor for TekTok.ca A smartphone fanatic which started with the iPhone 3G to multiple Blackberry and Android Devices. Willingly sacrificed an arm (and possibly a leg) in order to save his iPad 2.
Previous EA COO resigns and heads to Zynga
Next [UPDATED] Canada Apple site is down. White iPhone 4 to blame?