Futureshop to carry the new iPad on launch day 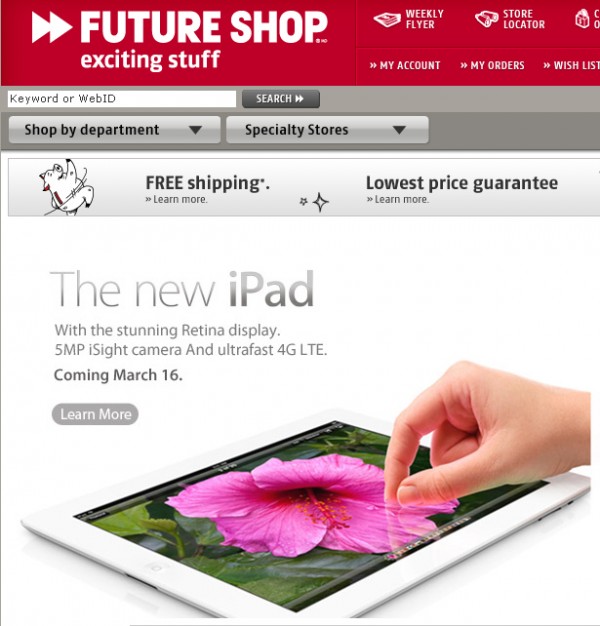 According to futureshop.ca, it appears that Futureshop will definetly be carrying the new iPad on March 16 so let the lineups begin!

Typically the devices are allocated more heavily to the Apple Stores, and select retailers will be given a smaller quantity but we have reached out for additional information to confirm.

In previous launches Canada was left behind and Canadians relied on either driving to the USA or waiting for 30 days until shipments finally arrived to the Canadian Apple stores and select retailers.

Apple announced that pre-orders for the new iPad would begin just moments after their media event, and have since sold out of online Pre-Orders.

Best Buy has also updated their website to announce the new iPad will be available on March 16. 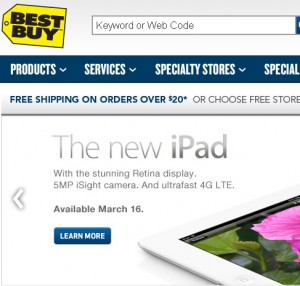 Typically the lineups at the Toronto Eaton Centre seem to start early the night before, so if you missed the Pre-Order, be sure to arrive early. We have a bunch of new accessories coming designed for the new iPad and would love to hear your lineup stories. If you are one of the dedicated few that will be camping out, please reach out to us via twitter @tektokca.

Let us know via comment below and we will select one random post to win a free new iPad accessory.

Man, this “new iPad” thing is getting old super fast! Can we just call it iPad 3 regardless of Apple being scared of being called predictable? And Apple if you are listening, you have and always will be predictable. In fact, I predict that the next iPad will again be titled “the new iPad”.

Don’t forget to comment below for your chance to win a cool accessory!