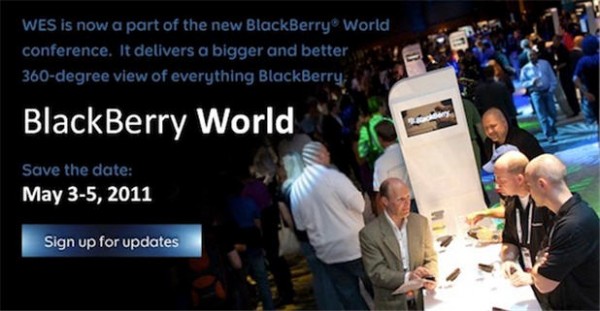 Earlier today RIM made several announcements as they kicked off Blackberry World 2011 being held in Orlando Florida. Where to begin?

Blackberry World 2011 is scheduled to run from May 3 to May 5 so we will keep you posted on news from the event.

Jamie Forestell is the Editor-in-chief and also the founder of Tek Tok Canada. His knowledge and aptitude for Technology led him to create a central website for all Canadians. His strong passion for the Technology world helps keep him to stay abreast of leading-edge technologies and his desire to spread this information was the driving factor behind the creation of Tek Tok Canada.
@tektokca
Previous White iPhone 4 : Carrier Availability
Next White iPhone 4 : What’s the BIG deal?