The Internet Police. How Canada is losing it’s Privacy and Freedom of Speech 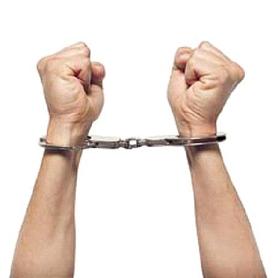 Here at tektok we understand the importance of technology specific issues such as privacy and net neutrality. Not only are these politically pressing issues that need immediate attention from the public eye but these issues will get worse for Canada as technology evolves and continues to play an increasing role in our every day lives.

Back in 1999 Canadian Government officials began proposing to implement measures which would allow for real-time internet surveillance reshaping the internet for the entire country. It would force Internet Service Providers (ISP) to release all customer information to the government and authorities without court oversight. It also required service providers to upgrade their infrastructure to be able to perform  surveillance of internet users. The cost of this would greatly impact smaller service providers financially and would also give police new powers to monitor users data in real-time. This cost would ultimately fall to customers through more expensive internet pricing from providers. Due to a large amount of public opposition at the time the Canadian Government was forced to delay the bill.

This in spite of the fact that “Canada’s piracy rate is at an all time low” according to the Chairman of the BSA Canada Committee who explained the results of the 2010 Global Software Piracy Study. The cable references a conversation whereby the Prime Minister assured the US that copyright reform would be implemented. It also spoke of the United States growing frustration with Canada’s lack of action on copyright reform. Reform the US has already successfully pressured Sweden and Spain into passing. The US also uses the term “incremental approach” in the 2008 cable in moving towards the North American Initiative (NAI) which seeks a unified currency and trade system for the entire continent.

Despite our frustration, we must acknowledge
Canada’s close cooperation with the United States on
intellectual property matters in international fora, as well
as the excellent working relationship between U.S. and
Canadian border entities. [source]

When Stephen Harper quietly renamed the “Government of Canada” to the “Harper Government,” who can really say our current Prime Minister is here to represent Canadians? Rather it seems more likely he is trying to please foreign governments and the special interests of corporations. Stephen Harper was found in contempt of parliament in March 2011 (the first time in Canada) for flat-out refusing to provide pricing information for fighter jets and corporate tax cuts in his budget. This makes sense because MP’s simply cannot vote when they are not given the full details of what it is exactly they are voting on. Even more, Harper has restricted access to his daily agenda keeping what is being decided behind closed doors.  This is not how a democracy functions.

Subsequently an election was called for May 2nd which handed the Conservatives a majority government and gained them 166 seats and the power to pass bills with little resistance from the opposition. Stephen Harper promised to reintroduce controversial copyright reform within 100 days of receiving a majority government which is to be included in one massive bill introduction giving him more power over Canadians than any Prime Minister in history.

Curious to see what is in the new tough on crime bill? This is taken directly from the Library of Parliament:

Clause 5 of the bill provides that the offences of public
incitement of hatred and willful promotion of hatred may
be committed by any means of communication and
include making hate material available, by creating a
hyperlink that directs web surfers to a website where
hate material is posted, for example.

This is pretty clear and speaks for itself. If you post a link to any website containing any type of hate reference, Canadians could be subject to a jail term with a minimum sentence of two years. I can understand spreading hate speech itself being the crime but the notion of criminalizing the reference of such is ridiculous. Even all the privacy commissioners in Canada have expressed their concerns regarding the new “lawful access”. It seems Harper thinks Canada is full of criminals and wants to increase the prison population, leaving the tax payers to finance  those incarcerations. Prison expansions are set to cost the tax payers an additional $2 billion dollars over 5 years for prisons to be able to take on all of these new “criminals”. Electronic crime will only be a part of that increase in population though as the “tough on crime” bill will put into place many new strict laws. The tough on crime stance has proven NOT to work and can be shown by simply looking south of the border. I urge anyone who feels this is not right to get involved and voice your opinion. Canada is a democracy and such drastic changes to law should have the support for the majority of Canadians; which they clearly do not. Lets fight to keep our freedom of speech and privacy! After all this IS Canada!

Additional information and links:
– A good summary of the tough on crime bill
– Canadian petition guidelines

Jamie Forestell is the Editor-in-chief and also the founder of Tek Tok Canada. His knowledge and aptitude for Technology led him to create a central website for all Canadians. His strong passion for the Technology world helps him stay abreast of leading-edge technologies and his desire to spread this information was the driving factor behind the creation of Tek Tok Canada.
@tektokca
Previous Call of Duty Black Ops Free Weekend starts today
Next Shaw to change pricing plans due to public outcry