I guess it shouldn’t come as a surprise.  At yesterday’s Google IO conference, all invited participants at the event received their free Samsung Galaxy Tab 10.1.  Much like most Android owners who are natural ‘tinkerers’, the 1st thing they did was try to ‘root’ the device. 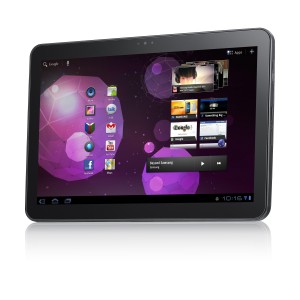 Similar to iOS’ jailbreaking, ‘rooting’ is the process for Android that allows the user to gain root access, and therefore become a power user of the device.

MBirdman and his crew from AllDroid.org successfully rooted their free copy with fair ease.  The process is done by simply mounting the device to your computer and transferring certain files to the right folders and reboot.

Full instructions can be found at AllDroid.org.

I guess we shouldn’t be surprised since the Galaxy S 2 has also been rooted and it was just as simple.  For all you with your Galaxy S 2, see instructions here.

I think this is a good move on Samsung’s part.  By making it easy to root the device and not locking the bootloader (Learn from this Motorola!), they are appealing to the majority of Android users since this is one of the beauty that Android brings to the table. Although iOS devices have “Jailbreaking”, it’s just not quite the same as Android’s “Rooting” version because there’s just alot more freedom with a rooted Android device.  Installing custom ROM is one of them.

Former Founder of Mobile blog site MGauge.ca is the Managing Editor for TekTok.ca A smartphone fanatic which started with the iPhone 3G to multiple Blackberry and Android Devices. Willingly sacrificed an arm (and possibly a leg) in order to save his iPad 2.
Previous Xperia Arc : How does it rank up to the latest Super Smartphones?
Next Boxee Box updates Browser and adds Movie Trailers with firmware update 1.1