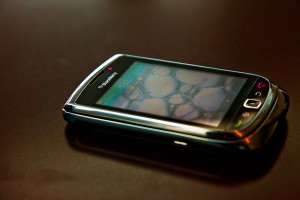 Components in the BlackBerry Torch, Research In Motion’s newest smartphone, cost $171.05, according to an analysis by market research firm iSuppli. Materials used in the Torch were supplied by companies including Synaptics, Marvell Technology and Texas Instruments, according to a teardown of the device by El Segundo-based iSuppli. The most expensive part is the touch-sensitive display, which costs $34.85, iSuppli said.

Jamie Forestell is the Editor-in-chief and also the founder of Tek Tok Canada. His knowledge and aptitude for Technology led him to create a central website for all Canadians. His strong passion for the Technology world helps him stay abreast of leading-edge technologies and his desire to spread this information was the driving factor behind the creation of Tek Tok Canada.
@tektokca
Previous Grooveshark for iPhone pulled from AppStore
Next Vimeo has released an HTML 5 Version for Mobile Devices