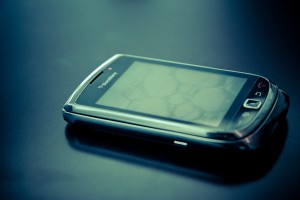 Well where do we start.  RIM has alot of strong competition these days and really needs something new and out of the box to keep up with the times.  Currently the blackerry is still one of the only accepted corporate smartphone so they do have that going for them.  But can they keep up the pace? RIM has been working hard on a new version of their Blackberry OS and it comes preinstalled on the new Blackberry Torch 9800.  Lets see what we thought of both shall we?

[easyreview title=”Blackberry Torch 9800″ cat1title=”Form Factor” cat1detail=”This has to be one of the nicest Blackberry devices we had the chance to hold. It feels great and the slider is a needed function that seperates Blackberry users from iPhone users. The touch is a great addition and feels nothing like the previous touch models. So lets talk about the touch…” cat1rating=”4″ cat2title=”TouchScreen” cat2detail=”While navigating through the menus the touch appears to be great and very accurate. Typing on the virtual keyboard is almost comparable to that of the iPhone and iPad.  Although we did notice quite a bit of lag while getting more into the testing of this device.  RIM also introduced a pinch-zoom in the browser as well as with photos. The pinch-zoom failed horribly.  To activate the feature, you need to hold your fingers in place for a split second that zoom in/out, and you are left with a pixelated image for about 2 seconds after you have released your fingers from the screen.” cat2rating=”1.5″ cat3title=”Blackberry OS 6.0″ cat3detail=”Well this is what all Blackberry fans have been waiting for..  and we are not sure why.  New look… same old OS.” cat3rating=”2″ summary=”This was a very promising smartphone, but unfortunately it didnt have enough oomph. Sorry RIM.  Maybe next time.

QuickVid of the Virtual Keyboard

Jamie Forestell is the Editor-in-chief and also the founder of Tek Tok Canada. His knowledge and aptitude for Technology led him to create a central website for all Canadians. His strong passion for the Technology world helps him stay abreast of leading-edge technologies and his desire to spread this information was the driving factor behind the creation of Tek Tok Canada.
@tektokca
Previous Possible issues on the Rogers wireless network
Next Google Chrome to Phone for Android