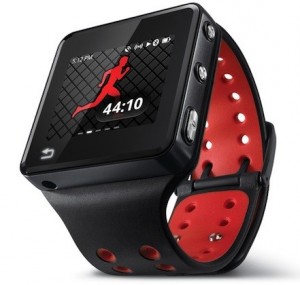 When we first received our review unit from Motorola, it was hard for me to determine whether I should consider this a “Runner’s watch” or if it is a “Smart Watch”. Consider all the rumours swirling about all the different manufacturers developing Smart Watches these days, and recent release of the Pebble Smart Watch. While the MotoActv has the same functionality that a Smart Watch, by definition, should have… after having used this device for a few weeks, I think I may have found the answer to my initial confusion.

Before we delve into my conclusion, lets have a look at the specs of this device. 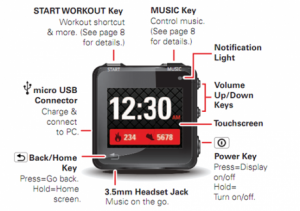 The Motorola MotoActv has a 1.6″ touchscreen display that is as responsive as most smartphone touchscreen for interaction. Its physical dimenstion is listed as 46 X 46 X 9.6 mm and weighs in at 35 g. The screen is made of Corning’s Gorilla Glass 1 and the straps and overall build of the device is made to be sweat\water proof. Around the devices you will find the power button and the volume +/- buttons on the right side, while there are dedicated buttons for “Music” (stop\play) and “Start” (Stop\Start) when using the timer.  For connectivity, it has ANT+ enabled, Bluetooth 1.2 profile, microUSB, WiFi for syncing your workout progress on Motorola’s server called “Training Portal”, and of course the 3.5 mm headphone jack located along the bottom of the device.

Former Founder of Mobile blog site MGauge.ca is the Managing Editor for TekTok.ca A smartphone fanatic which started with the iPhone 3G to multiple Blackberry and Android Devices. Willingly sacrificed an arm (and possibly a leg) in order to save his iPad 2.
Previous Next Gen Xbox to be Revealed on May 21
Next TekTok will be “Live” in Orlando at the BlackBerry Live Event