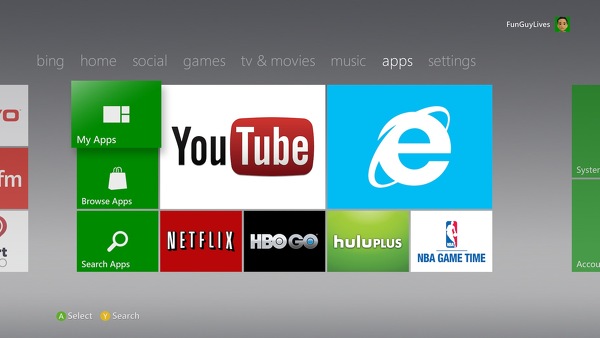 Microsoft announced earlier today the new Xbox 360 dashboard update is coming out of public beta and rolling out to more then 3 Million consoles worldwide over the course of the next week.  Additional consoles will also be updated in the weeks to come so if you do not see the update, keep checking!

In this update, you will see the following features.

Microsoft also announced the new SmartGlass will be coming next week once Windows 8 launches on October 26.  The SmartGlass app will include key foundational experiences for interacting with your Xbox 360, such as dashboard and app navigation and Internet Explorer control, like text input, scrolling and pinch and zoom.

Jamie Forestell is the Editor-in-chief and also the founder of Tek Tok Canada. His knowledge and aptitude for Technology led him to create a central website for all Canadians. His strong passion for the Technology world helps him stay abreast of leading-edge technologies and his desire to spread this information was the driving factor behind the creation of Tek Tok Canada.
@tektokca
Previous NBA Preview: 2012-2013 Toronto Raptors
Next Pre Order the Microsoft Surface Tablet Today