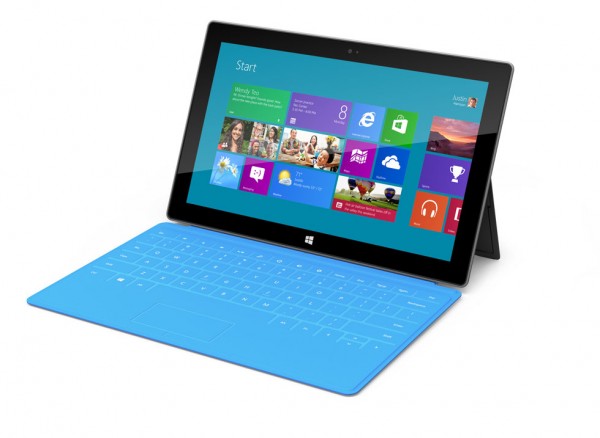 Starting today at Noon EDT (9am PDT) you will be able to pre-order the new Surface by Microsoft tablet at a starting price of $519 CAD for the 32GB version. There will be 3 models to choose from:

Pricing does come in lower then the current iPad pricing, so the question is will you be picking a Surface tablet up?

REDMOND, Wash. — Oct. 16, 2012 — Microsoft Corp. today released new details about its highly anticipated Microsoft Surface, a tablet PC designed to be the ultimate stage for Windows. In addition to pricing and market availability, the company announced a special limited-quantity pre-order for Surface with Windows RT available 9 a.m. PDT. Those who want to learn more or pre-order can visit http://www.Surface.com.

A variety of accessories will also be available, including Touch Covers in three vibrant colors — black, white, and cyan — priced at $129.99 CAD so customers can express their personal style1. Customers will also have the option to purchase a Type Cover in black for $139.99 CAD, which adds moving keys for a more traditional typing feel.

According to staples.ca, they will be selling overstock of the 16GB WiFi Blackberry Playbook this …