Motorola Xoom to ship with no Flash Support 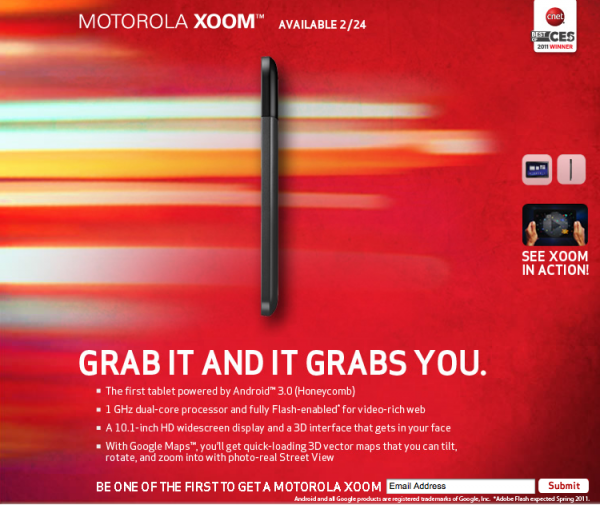 The Motorola Xoom tablet is being released at Best Buy stores across the US, on February 24, and will ship with Adobe Flash 10.1 missing. So to summarize, the most anticipated tablet competitor to the iPad, running Android Tablet OS 3.0 Honeycomb, will be shipping with no support for Flash.

We have reached out to find out why Flash will not yet be bundled and hope to get you an answer quickly, but in Canada there has not yet been the slightest whisper of the availability of the Xoom. While this may come as a surprise to most, anyone who has used an Android tablet with Froyo 2.2 OS and Flash 10.1 may not be too surprised.

Adobe is set to release version 10.2 in the Spring, so once again we have tablets waiting on poor Adobe. In the meantime , the iPad 2 will be launching in March and you can safely say that there will be no Flash support as well.  I do not see Flash support being necessary on a tablet device as most companies have provided html 5 workarounds or alternate links to content.

It would be nice to have the option though, so perhaps Apple is listening (not likely) and gave us the option of  Flash Off/On. If we choose to have so called poor battery life, increase of advertisements, and buggy flash, it should be our right since we did pay full pop for the device.

Let us see what happens in Spring with the Flash 10.2 update, and we will see if Google finds out what Apple already knew.

UPDATE: Adobe has made a statement that Flash 10.2 will be available as a free download within the coming weeks. Countdown begins..

Jamie Forestell is the Editor-in-chief and also the founder of Tek Tok Canada. His knowledge and aptitude for Technology led him to create a central website for all Canadians. His strong passion for the Technology world helps him stay abreast of leading-edge technologies and his desire to spread this information was the driving factor behind the creation of Tek Tok Canada.
@tektokca
Previous Apple Macbook Pro Refresh coming this week
Next Samsung Galaxy Tab vs Apple iPad [Refresh] 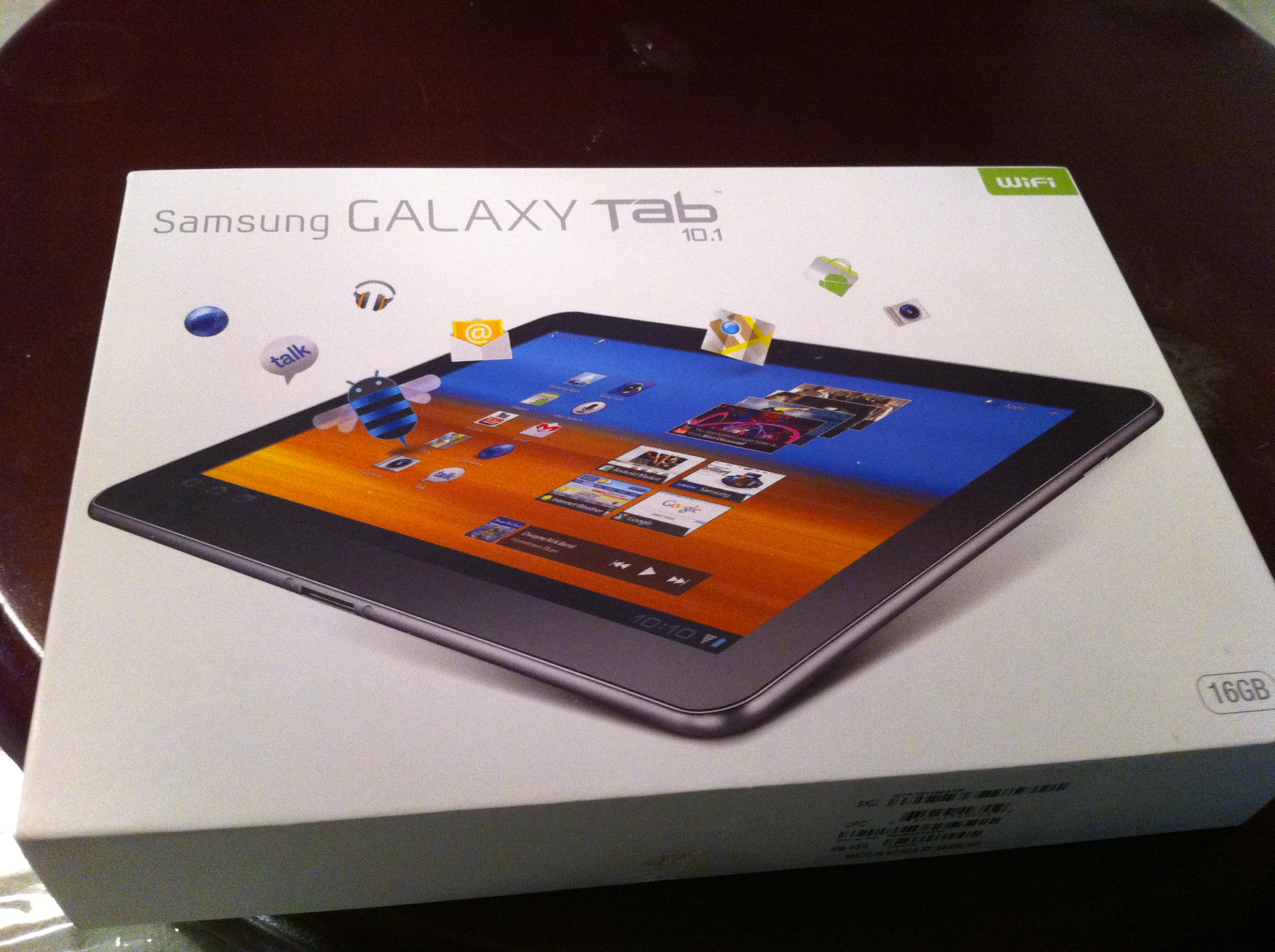