Capcom’s Zombie Cafe has been released for iPhone, iPad, and iPod Touch and is now available on the AppStore.

It’s hard to find good help, which is why you’ve partnered with an evil corporation to use zombies as free labor to build your café empire. Prepare food, direct your zombies and manage supplies. If the competition gets too fierce you can always direct your zombie workers to attack a neighboring café and steal their secret recipes. 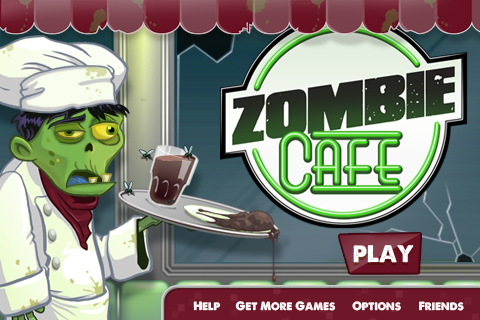 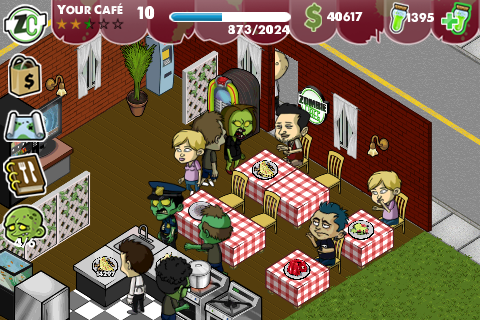 LOS ANGELES, CA – January 27, 2011 – Capcom® Mobile, a leading developer and publisher of video games, today released Zombie Café, a free-to-play social game for iOS that puts the player in charge of a budding café staffed by their own zombie minions.

In the world of Zombie Café, the food service industry is a life and death business. In addition to managing a menu, preparing up to 50 recipes and decorating their café with more than 100 items, players will have to deal with the ramifications of having a wait staff comprised of undead zombies. Sure the cost of labor is low, but having a fussy zombie try and eat a customer will sink a player’s star rating.  On the plus side, if the competition gets too fierce players can always direct their zombie workers to attack a neighboring café and steal their secret recipes.

About Capcom
Capcom is a leading worldwide developer, publisher and distributor of interactive entertainment for game consoles, PCs, handheld and wireless devices. Founded in 1983, the company has created hundreds of games, including best-selling franchises Resident Evil™, Street Fighter™, Mega Man™ and Devil May Cry™. Capcom maintains operations in the U.S., U.K., Germany, France, Tokyo, Korea and Hong Kong, with corporate headquarters located in Osaka, Japan. More information about Capcom can be found on the company website, www.capcom.com.

About Capcom Interactive, Inc.
Established in November of 2005 with the mandate of bringing Capcom’s celebrated IP to mobile platforms in North America and Europe, Capcom Interactive, Inc. (“CII”) maintains development and business offices in Los Angeles, London and Toronto. The company has published several mobile games based on Capcom’s celebrated intellectual property, including Resident Evil™, Street Fighter™ and Mega Man™. In addition, CII publishes games based on several licensed properties including Who Wants To Be A Millionaire™ and The Smurfs®.  For additional information on the company and its offerings, please visit www.capcommobile.com.

Jamie Forestell is the Editor-in-chief and also the founder of Tek Tok Canada. His knowledge and aptitude for Technology led him to create a central website for all Canadians. His strong passion for the Technology world helps him stay abreast of leading-edge technologies and his desire to spread this information was the driving factor behind the creation of Tek Tok Canada.
@tektokca
Previous Capcom presents Marvel vs Capcom 3 [Quick Look]
Next Netflix releases Canadian Top ISP Performance Charts