High Tides is the first DLC for Far Cry 3 and while this is exclusive to PS3 owners only at this time, it is quite possible Xbox and PC owners will get a chance to pick up the DLC at a later date although no official response from Ubisoft or Sony. Co-incidentally Xbox owners will be enjoying some new maps for Call of Duty Black Ops 2 on January 29 which is exclusive to Xbox owners so I think we will be seeing a lot more of this exclusivity with DLC in the future.

And here is the best part! The DLC is available FREE as of today so check the market on the Playstation Network to download the new content. 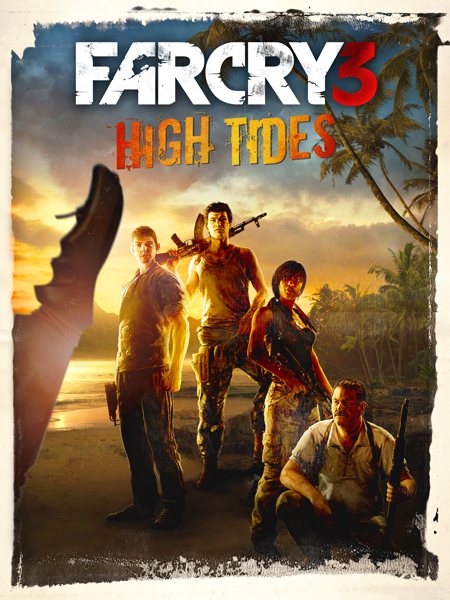 The co-op story is far from over in the High Tides DLC co-op pack, available for free today on the Sony PlayStation®Network.  This exclusive DLC contains two new story chapters with four to five missions each and four character skins for Mikhail, Callum, Tisha and Leonard.  Hoyt’s privateers have ambushed the four survivors and taken them hostage.  It’s up to you and your friends to escape an underground prison and find a way off this island of insanity.

For more information on Far Cry 3, please follow the game on Facebook at www.facebook.com/farcry, or visit www.farcrygame.com

Jamie Forestell is the Editor-in-chief and also the founder of Tek Tok Canada. His knowledge and aptitude for Technology led him to create a central website for all Canadians. His strong passion for the Technology world helps him stay abreast of leading-edge technologies and his desire to spread this information was the driving factor behind the creation of Tek Tok Canada.
@tektokca
Previous Call of Duty: Black Ops 2 – Revolution DLC Map Pack Preview Released
Next BlackBerry 10 Launch Nearing and RIM Shares Rising