The New iPad is Magical 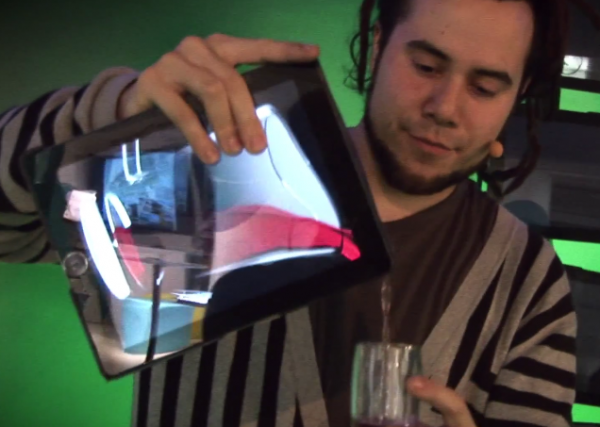 During MIPIM 2012 held in Cannes Paris, on behalf of Stockholm, the Capital of Scandinavia and Step2 Communication, Charlie Caper and Erik Rosales performed some pretty wicked magic with the new iPad. Despite what some business reporters suggest, this new iPad looks to pack some real magic.

When asked, Erik claims only 7 iPad tablets were used in this technology magic show. From someone who has used an iPad since the iPad 1, I cannot even begin to think about the time involved to prepare such a feat. And flawless at that!

The new iPad has taken some “heat” for running too hot and I too can relate. While running even speed tests the iPad was quite hot to the touch but nowhere near the heat dissipated by an iMac. Apple reports more then 3 Million iPads were sold during opening weekend and that does not include iPad 2 sales which must also have picked up due to the $100 price drop.

Now where was I, oh trying to reproduce even one act from this magic show.

MIPIM is an International Real Estate Conference for professionals and saw nearly 20,000 participants. Next year, the event will take place in Turkey. For more information visit MIPIM.

Jamie Forestell is the Editor-in-chief and also the founder of Tek Tok Canada. His knowledge and aptitude for Technology led him to create a central website for all Canadians. His strong passion for the Technology world helps him stay abreast of leading-edge technologies and his desire to spread this information was the driving factor behind the creation of Tek Tok Canada.
@tektokca
Previous Acer Iconia Tab A510 coming to Canada
Next XBMC Eden now available for download