Last week we had the pleasure of attending the Blackberry Playbook product launch held in New York City. The event was held at the 548 Centre, located in the heart of the Chelsea Arts District. The aroma from nearby restaurants was a great bonus as we were lined up to enter the event.

Once we registered, we received a voucher for our review unit which could be picked up mid way through the evening. There were approximately 15 Playbook demo units configured throughout the room which were manned by RIM product specialists.

As journalists were becoming more familiar with the devices, we noticed Jim Ballsillie and Mike Lazaridis made their way through the room for nearly the entirety of the 3 hour event.

We were surprised there were no keynotes delivered but we were very pleased overall with the night. It gave us a real chance at finally getting to put our hands on the much anticipated device.

Dwight Howard of the Orlando Magic was also on hand to check out the latest device from RIM. 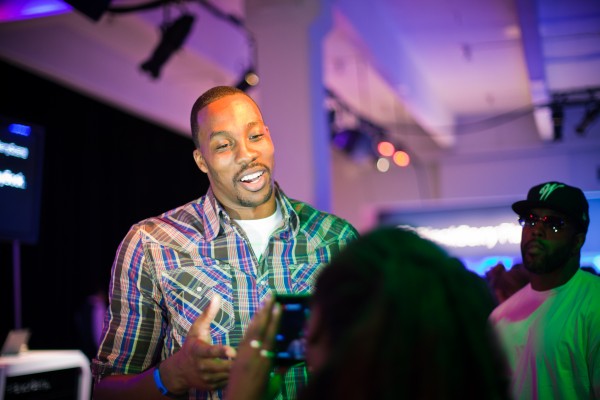 Moving right along, the device itself.

I am a true iPad fan and have been since day one. I was expecting to pick up the Playbook, and quickly make my decision that it was not going to contend with the tablets of 2011. After spending about 10 minutes with the Playbook, my mind was made up. The Blackberry Playbook, although only 7 inches, is without a doubt one of the most promising tablets of 2011.

The stunning graphics, the great hardware specs, and the pleasant integration of QNX operating system, really left me wanting more. By more, I am referring to apps. The Blackberry AppWorld only has limited apps at this time, but we were told upon launch on April 19, we should see an overwhelming amount of apps that have already been approved.

I have been testing out everything from games, to e-books, to browsing, back to games, and then movie playback. So far I have only great things to say about the potential of this device. Personally a 7″ tablet is just too small to be a tablet, but thankfully RIM is working on a bigger Playbook. The browsing is on par with the iPad/iPad 2 and I would have to say is more pleasant then any Android based tablet. The sound is phenomenal from the two little speakers on the front of the tablet. Not only is the sound clear, but the sound is loud.

Again, screen size comes into play when browsing websites designed for 1280×1024 monitors, there is an awful lot of scrolling going on, so perhaps you can ask me this question again when the bigger Playbook is launched. My answer will most likely indicate the browsing experience is identical to that of the Apple iPad. RIM really nailed the pinch zoom as well. 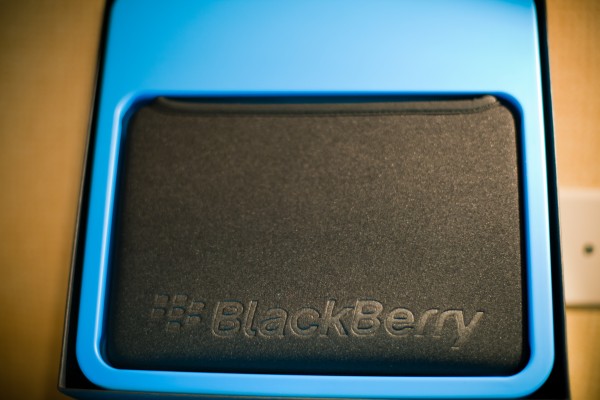 Bridge or not to bridge. Blackberry Bridge was not available for demo at the event. According to RIM, bridge should be available for launch with an update. So we have been unable to test email and calendar functionality  from a Blackberry smartphone which is going to be one of the most used features of the tablet.

After really being let down by the Blackberry Torch, and OS 6.0 earlier this year, the Blackberry Playbook is by far, the best mobile device to come out of Waterloo. This could only mean great things in the future for RIM if they play their cards right. There are still many factors that could spell Xoom, I mean disaster.

Now that I have discussed the great things about the Playbook, I will go over a few of the not so great things.

Stay tuned for our appearance on BNN April 18, 2011 at 8:40EST. Our Associate Editor, Doug Muir will be live on set discussing the event and the Playbook itself will make an appearance on live television.

UPDATE : I just wanted to clear up a few things. The Blackberry Playbook does in fact have email apps, but no email client. What does this mean? If you are looking to open up your hotmail, you can use the hotmail app, or for Gmail you can use the Gmail app, or heck if you want to open up a browser you can view any web based email. This is not native email support. If you own a domain name or run a website and want to have an “outlook” type email experience, you need to use an actual email client. While some say this could be updated in as little as 60 days, the fact of the matter is that it is missing out of the box.

Jamie Forestell is the Editor-in-chief and also the founder of Tek Tok Canada. His knowledge and aptitude for Technology led him to create a central website for all Canadians. His strong passion for the Technology world helps him stay abreast of leading-edge technologies and his desire to spread this information was the driving factor behind the creation of Tek Tok Canada.
@tektokca
Previous White iPhone 4 confirmed to arrive before the summer
Next Blackberry Playbook and Blackberry Bridge feature