The Daily iPad Newspaper is now available in Canada.

The Daily iPad Newspaper is now available in Canada, by Jamie Forestell.

The Daily iPad app was launched just 2 days ago, at a live event held in New York.  The Daily promises rich content, original high definition video content, 360-degree photos, interactive charts and much more.  The iPad only newspaper was launched in the US Appstore, but we just got word from The Daily, that the app is now available on the Canadian iTunes AppStore. Head on over and grab the free app now. The newspaper is available via an in-app purchase in 2 methods.  A weekly subscription is available for $0.99 CDN and also annually for $39.99 CDN. The first 2 weeks is a free trial courtesy of Verizon. Hurry before the CRTC notices.

UPDATE:  While the Canadian appstore does have the application, and we are able to subscribe, it appears the application is unable to find the default location, which will  not allow Canadians to access current weather in Canada. 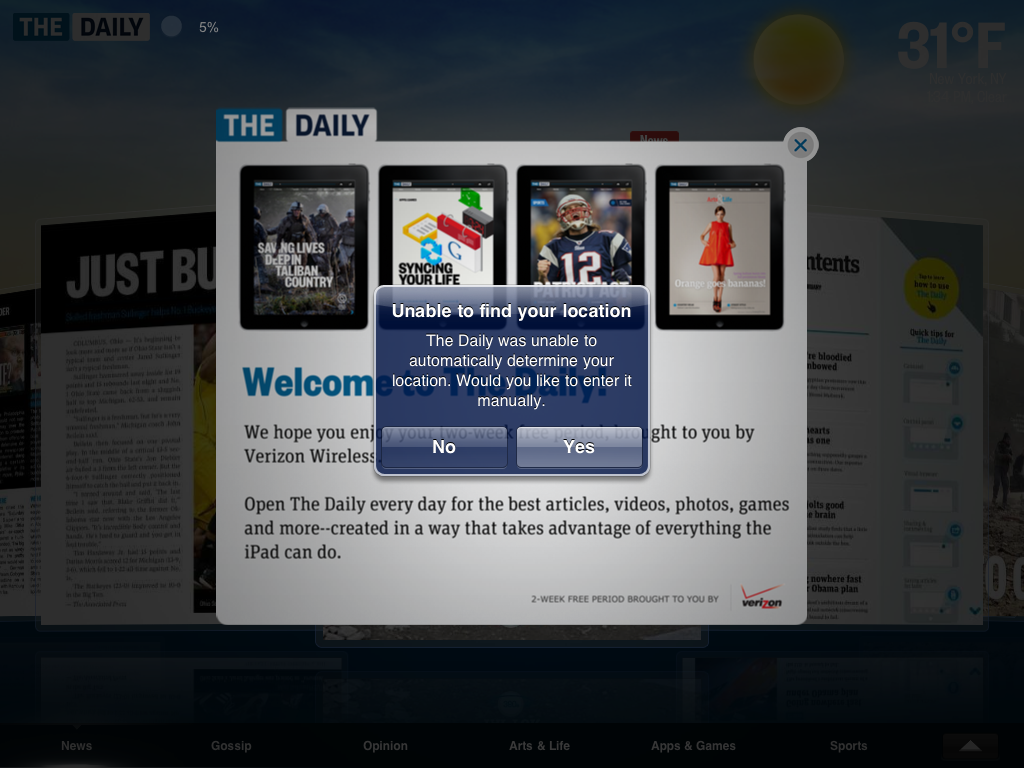 Jamie Forestell is the Editor-in-chief and also the founder of Tek Tok Canada. His knowledge and aptitude for Technology led him to create a central website for all Canadians. His strong passion for the Technology world helps him stay abreast of leading-edge technologies and his desire to spread this information was the driving factor behind the creation of Tek Tok Canada.
@tektokca
Previous EA shares Teaser Trailer for ‘Battlefield 3’
Next New Lamborghini to be revealed on March 1st