Xperia Arc : How does it rank up to the latest Super Smartphones?

Before Sony released the Xperia X10, I personally believed it was the next best thing since the iPhone. Once dubbed as the “iPhone killer”, it clearly did not live up to the hype. After a couple of mini-updates, eventually the much needed Android 2.1 update came. Although it did improve from the release version 1.6, the damage was already done. 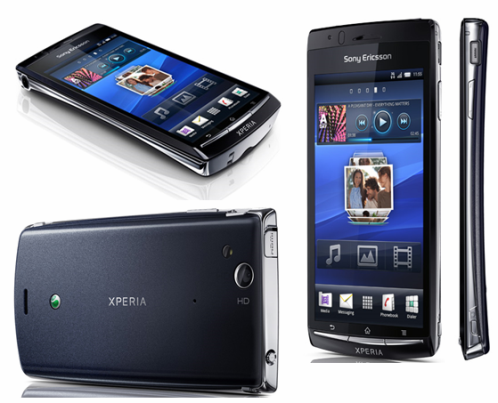 With it’s 4.2″, 854 x 480 pixels, 16M colour, FWVGA TFT LCD display, running the latest Android 2.3.2 version (Gingerbread) out of the box, and a tweaked version of it’s UI, Sony came out of this one sprinting. The 8.1 MP camera with 16x digital zoom and video capture really compliments the ExmorR Image Sensor. The phone’s ability to shoot pictures at low-light makes you wonder if Sony confused it for one of their high-end point and shoot digital cameras. Its heart is pumped by a 1GHz Qualcomm MSM8255 processor, and the valves size to the tune of 512 MB of RAM.
Includes tweaked up MediaScape and TimeScape which in my opinion is finally where it should have been at to begin with. Perhaps a little too late for some, but maybe others might be a little more forgiving from their traumatic experience with the Xperia x10. Though is still has room for improvement, it’s definitely much more functional than it’s predecessor.

With the experience I had with this device, it almost made me forget the whole X10 experience.  The software was running very smooth and fast.  Unlike the previous Xperia X10, this model comes shipped with the latest Gingerbread Android version 2.3.1.  To the ‘MediaScape\TimeScape’ fans out there, you’ll finally get to see the potential of Sony’s UI and for once, actually appreciate it.

The hardware part is no pushover either.  With the dimensions of 125 x 63 x 8.7 mm, it is very slim and is one of the slimmest smartphones out in the market.  The ‘arc’ that gave the inspiration to the name gives it a nice feel when held.  Of cource, at 117 grams this phone is very light but yet feels very sturdy and doesn’t feel like you’re holding a cheap, plastic toy phone that my 5-year old would own.

The Xperia Arc is now available at your local Rogers store.

Former Founder of Mobile blog site MGauge.ca is the Managing Editor for TekTok.ca A smartphone fanatic which started with the iPhone 3G to multiple Blackberry and Android Devices. Willingly sacrificed an arm (and possibly a leg) in order to save his iPad 2.
@@Cue_32
Previous Giveaway – Pinch 2 HD coming May 6 to the App Store for iPad
Next Samsung Galaxy Tab 10.1 – Rooted