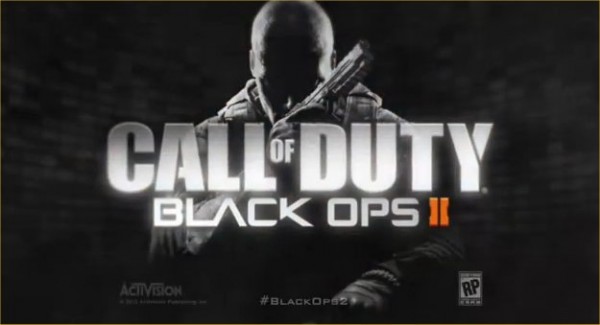 Do you think you have what it takes to compete head to head in a Call of Duty Black Ops 2 tournament? Time to ditch those work friends, and put together an elite team of 4 to compete for your chance to win $1 Million bucks! Yes, you heard correct. Activision, Treyarch, Xbox, Electronic Sports League (ESL), and Major League Gaming (MLG), have combined forces and this April in Hollywood will watch the top eight teams of four compete for the grand prize.  If you would like to participate read the full press release below to ensure you qualify, and go sign up now via Call of Duty Elite.

This will be interesting to see true gaming at it’s finest..No modded controllers, no mouse/keyboard adapters, no tape on the monitor, just pure gaming.  And the best part of all..even if you cannot make it to Hollywood to compete, Activision has confirmed the event will be live streamed and broadcasted around the world.

What are you waiting for…Last weekend we enjoyed Double XP, and on January 29 the Revolution Map Pack was released, and this weekend, Double Weapon XP Weekend is upon us so time to max out that new Peacekeeper SMG.

CALL OF DUTY® eSPORTS COMPETITION TO THE MASSES

WITH THE CALL OF DUTY® CHAMPIONSHIP,

Players to Compete for $1 Million Purse in Worldwide

Santa Monica, CA – February 1, 2013 – It’s time for gamers the world over to mark their calendars, because the ultimate high-stakes Call of Duty competition is coming this April, forever changing the face of competitive eSports.  The Call of Duty Championship, presented by Xbox, featuring a $1 million Call of Duty®: Black Ops II tournament, will take place in Hollywood, CA April 5-7.  Activision Publishing, Inc., a wholly owned subsidiary of Activision Blizzard (Nasdaq: ATVI) and their award-winning studio Treyarch, in partnership with Xbox®, Major League Gaming (MLG) and the Electronic Sports League (ESL) will bring together 32 of the world’s most skilled multiplayer teams on the Xbox 360® video game and entertainment system from Microsoft to compete head-to-head in Call of Duty: Black Ops II in a live-streamed spectacular to be broadcast to the masses.

“More people play Call of Duty multiplayer every day than watch the average regular season game of the NBA.  The scale and passion of the Call of Duty fan base is simply humbling, and yet there is no formal way to find out who amongst those millions of players is the best of the best, until now,” said Eric Hirshberg, CEO of Activision Publishing.  “Watching the performances of the very best Call of Duty players is already a mass spectator sport on YouTube and Call of Duty® Elite.  We are going to bring the best players in the world to Hollywood to compete on the ultimate stage, for the ultimate prize.  And we are going to invite our entire worldwide fan base to join in the fun.”

Beginning today, players interested in participating in the tournament can go to https://elite.callofduty.com/esports and register for a free Call of Duty Elite account – it takes just a few seconds.  Once registered, teams of four can vie for entry into the Call of Duty Championship, presented by Xbox tournament by competing in the February season of League Play in Call of Duty: Black Ops II on Xbox LIVE®, which opens today.  Following the close of the February season, the top eight eligible teams will earn coveted spots in the Call of Duty Championship, presented by Xbox, including a trip to Hollywood this April to compete for the $1 million tournament purse.

“It’s an absolute honor to have players and fans celebrate the thrill of competition on such a grand stage,” said Mark Lamia, Treyarch studio head.  “From the very beginning of development for Call of Duty: Black Ops II, we committed to making eSports an integral part of the game, and it’s going to be awesome to watch the best teams in the world battle it out for everyone to see.”

Additionally, teams competing in the recently announced MLG 2013 Pro Circuit featuring Call of Duty: Black Ops II (www.majorleaguegaming.com) will vie for a chance to enter the Call of Duty Championship, presented by Xbox.  At the MLG Winter Championship, March 15-17, in Dallas, Texas, the top eight teams will earn trips to Hollywood to play against the best Call of Duty players in the world.  Joining them will be eight winning teams from the ESL’s European Finals (http://cod.esl.eu) taking place March 16-17, in the famous ESL Arena live eSports Studios in Cologne, Germany.

Remaining seats in the 32-team tournament will be made available internationally across Asia, Australia, and Brazil, with territory-specific qualification details to be revealed locally as they become available and at https://elite.callofduty.com/esports.

Further details on the Call of Duty Championship, presented by Xbox, including full rules and regulations, Call of Duty: Black Ops II maps and modes for the tournament, prizing distribution, travel accommodations and more will be made available at https://elite.callofduty.com/esports.

Call of Duty: Black Ops II is rated “M” (Mature – Blood and Gore, Intense Violence, Strong Language, Suggestive Themes, Use of Drugs – content suitable for persons ages 18 and older) by the ESRB.  More information on Call of Duty: Black Ops II can be found at http://www.callofduty.com/blackops2 or on www.facebook.com/codblackops.  Fans can also follow @Treyarch on Twitter.

Major League Gaming (MLG) (www.majorleaguegaming.com) is the world’s largest eSports organization with millions of LIVE viewers, fans and competitors around the globe. MLG enables gamers to compete, improve their skills, and socialize via the largest online destination for competitive console and PC gaming featuring more than 8 million registered gamers, and the annual MLG Pro Circuit featuring LIVE, in-person tournaments in cities nationwide. MLG broadcasts competitive play, analysis and more via online streaming to hundreds of thousands of fans in an average of more than 170 countries.

Treyarch is an industry-leading game developer, wholly owned by Activision Publishing, Inc. whose Call of Duty: Black Ops II set world-wide launch day records, and whose previous game Call of Duty®: Black Opsset an entertainment launch opening record upon its release in 2010 and continues to be one of the best-selling games of all time, according to NPD and GfK Chart-Track.

Jamie Forestell is the Editor-in-chief and also the founder of Tek Tok Canada. His knowledge and aptitude for Technology led him to create a central website for all Canadians. His strong passion for the Technology world helps him stay abreast of leading-edge technologies and his desire to spread this information was the driving factor behind the creation of Tek Tok Canada.
@tektokca
Previous BlackBerry announces the Z10 and Q10 Smartphones
Next Budweiser Red Light Coming to Your House Soon