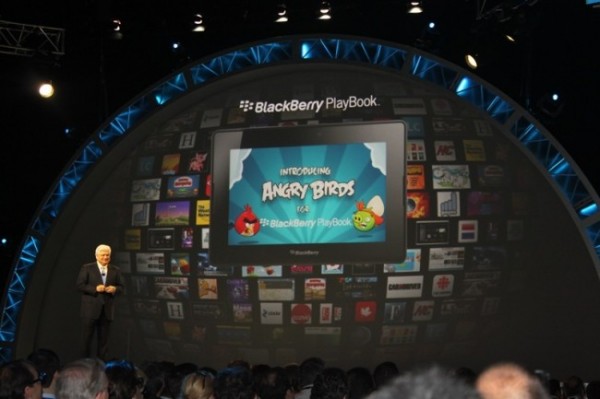 It was just a matter of time and I am quite sure has held some people back from purchasing a Blackberry Playbook, but the time has come.  Yesterday during a keynote at the Blackberry World 2011 Conference, RIM announced that Angry Birds will be released for the Playbook in the near future

With over 140 Million downloads, Angry Birds is biggest mobile app ever, but is there anyone left that still hasn’t purchased this game? Since the initial release in December of 2009, many have become tired of the game and I am just not sure Rovio will get the attention they are expecting.

It definitely had to be done as a tablet without Angry Birds is just not a tablet, lets face it.

Jamie Forestell is the Editor-in-chief and also the founder of Tek Tok Canada. His knowledge and aptitude for Technology led him to create a central website for all Canadians. His strong passion for the Technology world helps him stay abreast of leading-edge technologies and his desire to spread this information was the driving factor behind the creation of Tek Tok Canada.
@tektokca
Previous Blackberry Playbook Video Chat Quick Review
Next Giveaway – Pinch 2 HD coming May 6 to the App Store for iPad