In some shocking news, an addiction to the blockbuster game Fortnite, along with other games has been cited as the main reason for divorce in nearly 200 cases reported since the beginning of 2018. I don’t particularly know too many grown men playing Fortnite, but I do know the effect it has on children that game on Xbox, PS4, and PC gaming.

“Addiction to drugs, alcohol and gambling have often been cited as reasons for relationship breakdowns but the dawn of the digital revolution has introduced new addictions,” Mark Keenan, from Divorce Online wrote.

“These now include online pornography, online gaming, and social media, so it is no surprise to us that more and more people are having relationship problems because of our digital addictions.”

“These numbers equate to roughly 5% of the 4,665 petitions we have handled since the beginning of the year and as one of the largest filers of divorce petitions in the UK, is a pretty good indicator.”

Last month, the World Health Organization added gaming disorder after conducting activities relating to the public health implications of excessive use of the Internet, computers, smartphones and similar electronic devices in response to concerns expressed by professional groups.

Gaming disorder, with its online and offline variants, has been included in the 11th edition of the International Classification of Diseases (ICD-11) as a clinically recognizable and clinically significant syndrome, when the pattern of gaming behaviour is of such a nature and intensity that it results in marked distress or significant impairment in personal, family, social, educational or occupational functioning.

Jamie Forestell is the Editor-in-chief and also the founder of Tek Tok Canada. His knowledge and aptitude for Technology led him to create a central website for all Canadians. His strong passion for the Technology world helps keep him to stay abreast of leading-edge technologies and his desire to spread this information was the driving factor behind the creation of Tek Tok Canada.
@tektokca
Previous Emimem Fires Back at MGK with Killshot
Next Amazon announces five new Alexa products 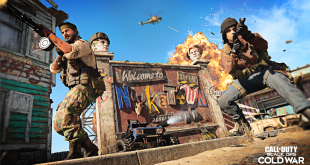