Apple has sent out press invitations for an upcoming event named “Spring Forward” which can only mean one thing.. the Apple Watch will finally make its debut. The event will be held at the Yerba Buena Centre for the Arts Theatre in San Francisco on Monday March 9 at 1:00 PM ET.

The Watch will come in three models – Apple Watch Sport in grey or silver, the standard Apple Watch in polished or black stainless steel, and the luxury Watch Edition, available in rose or yellow 18 carat gold.

Hopefully Apple has tweaked the battery life as this is one definite deterrent not to buy the first edition of the Apple Watch. Keeping in mind a watch is something that never required charging before, it will be quite an adjustment to be removing daily to keep charged at the bedside. Very hopeful for the future of the smart watch but battery life is key.

Stay tuned for more details on March 9. The event will be live streamed at www.apple.com/live. 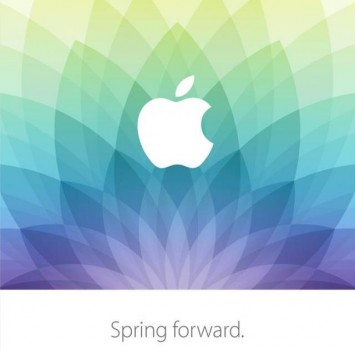 Jamie Forestell is the Editor-in-chief and also the founder of Tek Tok Canada. His knowledge and aptitude for Technology led him to create a central website for all Canadians. His strong passion for the Technology world helps him stay abreast of leading-edge technologies and his desire to spread this information was the driving factor behind the creation of Tek Tok Canada.
@tektokca
Previous Forza Horizon 2 Presents Fast & Furious DLC
Next Apple Store is down to make room for Apple Watch