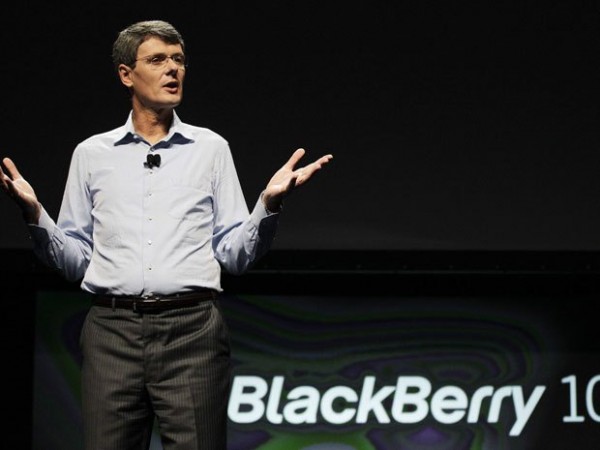 BlackBerry will be reporting their quarterly results tomorrow pre market to discuss sales for the quarter which will not include the huge one million Z10 order, or the recently launched USA results, but will that matter?

From a Canadian perspective during the last two months since the device launched, our retail checks confirmed huge consumer interest. Almost every store we walked into had customers looking to pick up the Z10 whether it be morning or evening. Don’t get me wrong, this was nowhere near an iPhone launch, but it is also the first time we have experienced a demand and interest for a BlackBerry product.

Looking at USA results, it appears AT&T didn’t even bother trying to build any hype for the device like our Canadian carriers did and most likely other US retailers will be doing. Perhaps BlackBerry was to blame for not marketing or AT&T just felt like they did enough. Regardless, we expect to see US numbers pick up and meet or exceed expectations in the coming months.

As an iPhone user since the first iPhone, it appears the lack of innovation is being noticed and people are looking for alternatives or big changes with iOS.

Similar to the Playbook, which we still think is one of the better designed tablets, the Z10 is in our eyes the best BlackBerry to ship yet, and with Samsung soon to hit us with the Galaxy S4, and Apple to release the iPhone 5S, you can be sure that BlackBerry has put some thought into this. We believe BlackBerry has not played their best hand and have more to come. With BlackBerry Live, formally BlackBerry World just around the corner, expect to see some big things and hopefully some of the promised big apps will be ready. Some of the big players, including Skype and Rdio are still nowhere to be found in AppWorld.

Last month at Mobile World Congress,  Samsung unveiled their approach at taking over the enterprise space with Samsung Knox but one thing Samsung doesn’t have, and its kind of a big deal..is there own OS. Samsung will always rely heavily on Google and the open source Android and that just isn’t good enough. If you survey Galaxy S, Galaxy S2, Galaxy S3, and soon to be Galaxy S4 owners, they will all most likely complain about having to wait months, even quarters to receive the latest and greatest from Google. I do not know many private or corporate organizations that would be willing to have security concerns, or feature enhancements that take months to deploy, not to mention that we are still talking about one of the most unsecure mobile operating systems currently.

UPDATE: The results are in and as follows:  Blackberry earned $98 million, 22 cents a share, up from a $125 million loss, 24 cents a share this quarter beating expectations of a $200 Million loss at 29 cents a share. The stock has been very volatile this morning.

“We have implemented numerous changes at BlackBerry over the past year and those changes have resulted in the company returning to profitability in the fourth quarter,” said president and CEO Thorsten Heins in a release.

In other news co-founder Mike Lazaridis will be stepping down and leaving BlackBerry effective May 1.

We are not surprised with the sales figures and look forward to see what this next quarter will bring as BlackBerry looks to continue their come back.
Download article as PDF
Share