Sony is unveiling the Playstation 4 Now 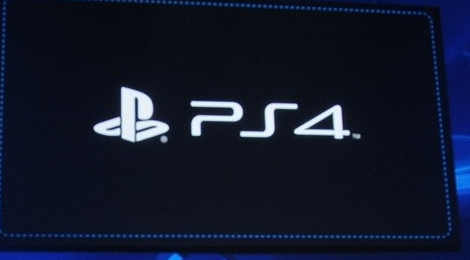 Sony is unveiling the next gen Playstation console live right now! The ustream event seems to have kicked us out and the Playstation website also seems to be experiencing some big server load so perhaps there is a lot of interest in this event?

Here is the live stream if it does come back online for you..

Broadcasting live with Ustream
For updates as they come in stay tuned as we will be following along. Here is what we know so far..

UPDATE: We have some more details on the hardware specs and have also attached the press release from Sony below….

The PS4 is centered around a powerful custom chip that contains 8 x86-64 cores and a state of the art graphics processor.
The Graphics Processing Unit (GPU) has been enhanced in a number of ways, principally to allow for easier use of the GPU for general purpose computing (GPGPU) such as physics simulation. The GPU contains a unified array of 18 compute units, which collectively generate 1.84 Teraflops of processing power that can freely be applied to graphics, simulation tasks, or some mixture of the two.
PS4 is equipped with 8 GB of unified system memory, easing game creation and increasing the richness of content achievable on the platform. GDDR5 is used for this memory, giving the system 176 GB/second of bandwidth and providing a further boost to graphics performance.
The end result for gamers is new games with rich, high-fidelity graphics and deeply immersive experiences that shatter expectations.

NEW YORK, Feb. 20, 2013 /PRNewswire/ — Sony Computer Entertainment Inc. (SCEI) today introduced PlayStation®4 (PS4™), its next generation computer entertainment system that redefines rich and immersive gameplay with powerful graphics and speed, intelligent personalization, deeply integrated social capabilities, and innovative second-screen features. Combined with PlayStation®Network with cloud technology, PS4 offers an expansive gaming ecosystem that is centered on gamers, enabling them to play when, where and how they want. PS4 will be available this holiday season.

Jamie Forestell is the Editor-in-chief and also the founder of Tek Tok Canada. His knowledge and aptitude for Technology led him to create a central website for all Canadians. His strong passion for the Technology world helps him stay abreast of leading-edge technologies and his desire to spread this information was the driving factor behind the creation of Tek Tok Canada.
@tektokca
Previous 2013 Canadian International AutoShow is Here
Next Ubisoft Montreal steals the Playstation 4 show with Watch Dogs