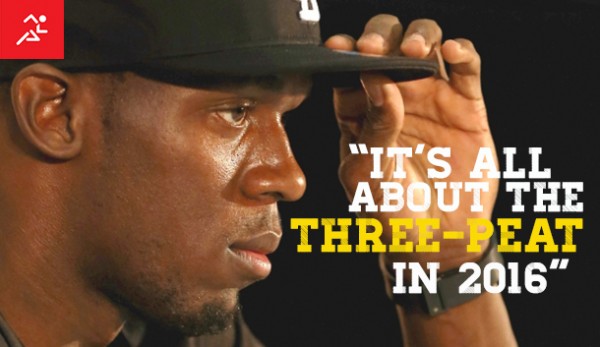 If you’re a fan of Olympic sport, then you’ll be happy to hear that the two-time Olympic record holder for the 100m and 200m sprints, Usain Bolt will defend his title at the 2016 Rio de Janeiro Games. For the next four years, Usain will have his eyes set on an unheard of three-peat in the 100 and 200 meter races. There are still rumours that he would try to enter into another event – namely the 400m but Usain is still undecided and tends to put those rumours to rest when asked about switching events.

During a recent interview, while training in New Zealand he said “I don’t want to try any different events at Rio…” Bolt stressed that his main reason for attending Rio is to win the 100m and 200m for the third time in a row. “The three-peat. That’s the focus – there’s not going to be any different event.”

So, what’s Usain’s plan for 2016? “it’s all about just going and defending my titles,” he says. Bolt has the world record in the 100m and 200m sprints and says he wants to go even faster in 2016. He will soon be training for the world championships next year in Moscow. “I continue to work hard, continue staying focused and pushing myself, so for me that’s the focus right now… I don’t know how fast I can go, but I definitely try to go faster each year. I enjoy being challenged all the time.”