IPad 3…what’s the latest to come out of the rumour mill. 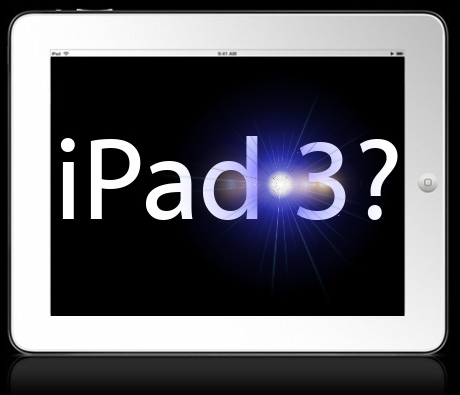 Since the release of the iPad 2 back in March 11 in the US and March 25 in Canada, rumours already started swirling that the iPad 3 is not far behind.

Despite these rumours, BGR recently reported that we can at least put 2 of the above 3 mentioned rumours to rest.
Digitimes indicated that according to upstream component makers, the idea of having the iPad 3 released in 2011 is more a ‘wishful thinking’ than anything.

…the new rumored device should be an upgrade version of iPad 2 or an iPad 2 version that supports different communication format. Since Apple just released its iPad 2 in early March and is ready to start mass shipping, launching the iPad 3 would simply bite off share from its iPad 2.

We can’t help but agree, it just wouldn’t make sense from a business perspective.

Former Founder of Mobile blog site MGauge.ca is the Managing Editor for TekTok.ca A smartphone fanatic which started with the iPhone 3G to multiple Blackberry and Android Devices. Willingly sacrificed an arm (and possibly a leg) in order to save his iPad 2.
@@Cue_32
Previous Vulnerability exploit found in latest version of Flash 10.2 affecting multiple platforms
Next Blackberry Playbook Media Event: Initial Thoughts