iPad 2 gone wild as Canadians rush for the border 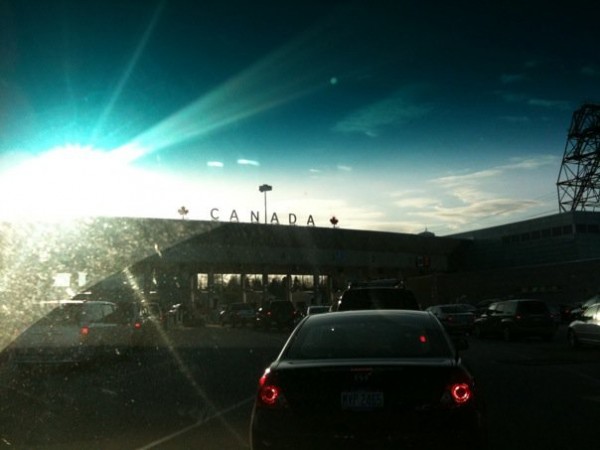 It has been just under 5 days since Apple launched the latest and greatest iPad. Retail locations across the US were sold out mere hours after opening. Online shipments currently show a 4-5 week delay and in all other countries, including Canada, the iPad 2 has not yet launched.

Apple has scheduled March 25 as international iPad 2 day, with the exception of Japan. The Japan launch has been delayed while the rescue and recovery process is still underway. Perhaps Apple will choose to redirect  these iPad 2 units earmarked for Japan to some of the larger international sites.

Current stores in the US are still experiencing daily lineups and very little stock.  I spoke with one of the Apple Stores in Western NY, and they confirmed that they received stock on Monday evening, and that the store would open one hour early on Tuesday. Once that stock was gone, they could not say when they would receive more, except to point out that no stock is received on the weekends. Also, the reservation system that was used for the iPad 1 is not being used for the iPad 2 launch, so it truly is first come, first serve, and a limit of 2 iPad’s per customer.

What this says to me, is that during the original iPad launch, the stores were holding back stock. Apple loves to see the lineups outside the stores. What business would not want to see the lineups? But it does upset me slightly that last year I made two trips to Buffalo, NY to get my iPad. The first trek was on a Saturday and I was told they had sold out about 5 minutes before I arrived and that I was welcome to reserve an iPad when new stock did come in. So, thinking it was a complete waste of time, I signed up and reserved 1 64GB WiFi iPad. I asked the Apple rep three times to confirm there is no chance the iPad will be ready the following day, being a Sunday, and was told there is no chance this could happen. So I packed up the family and we headed home. At precisely 8:30 AM the following day, Apple sent me an email to indicate my iPad was in stock and being held for 24 hours. At this point I am not sure who was more excited to go as my kids were jumping estatically. So we headed back and picked up the iPad with little wait time and a super nice border official that decided not to collect tax/duty.

Apple delayed the Canadian launch of the iPad 1 for about 90 days after the US launch, where  the iPad 2 launch is scheduled to be only 2 weeks behind.

Despite the short delay, Canadians have been driving in flocks to the US to get the new device and the stores in Buffalo, Rochester, Syracuse, and Detroit have reported a majority of the people lining up were in fact Canadians. Now what would be a perfect world is if these Canadians were actually lining up for the sole purpose of wanting to be the first of their friends to have the iPad 2. But according to local Craigslist, Kijiji, and Ebay ads, it would appear there is quite a bit of wheeling and dealing going on.

First we have Craigslist….

And then we have Kijiji also showing similar high pricing. The 32GB WiFi iPad 2 retails for $599 US or $588 CDN based on today’s exchange rate.

And last, we have Ebay with extremely high pricing with the 64GB 3G Tablet selling for $829USD or $814 CDN based on the current exchange rate. What is scary about this is the fact there are 26 bids for the iPad with such high pricing. It would appear some people are willing to pay any price to have the latest and greatest.

If you are still thinking of heading to the US, ipadincanada has put together a quick guide about your most frequently asked questions. In most cases, you will be charged the HST for the iPad 2 as there is no duty or if you will be as lucky as myself, the nice border official may feel sorry for you and just let you pass. (in my case he could not help but laugh at why someone would drive to pick up the high priced computer thingy)

Are you one of the Canadians that just had to have the iPad 2?  Or will you be lining up on March 25 for the Canadian iPad 2 launch? We would also be interested to see how many people purchased a smart case and how they like them?

Leave us some comments below about your experiences in the US or if you want to share your #winning strategy for March 25.

Jamie Forestell is the Editor-in-chief and also the founder of Tek Tok Canada. His knowledge and aptitude for Technology led him to create a central website for all Canadians. His strong passion for the Technology world helps him stay abreast of leading-edge technologies and his desire to spread this information was the driving factor behind the creation of Tek Tok Canada.
@tektokca
Previous iPad 2 installed in Ford F150 Dashboard
Next Motorola Xoom now available for pre-order at Futureshop