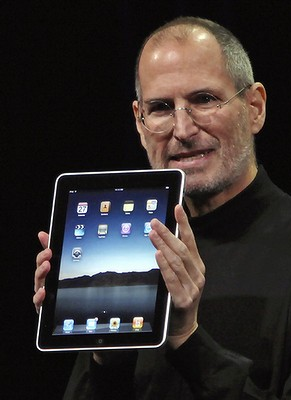 Apple is ramping up  production of the iPad to meet demand, but Apple continues to increase production.  Morgan Stanley analyst Katy Huberty says Apple has doubled its monthly production of  the iPad  to two million.  And while that’s likely the reason we saw iPad shipping times fall from three to five days to within 24 hours of purchase, the company evidently wants to have still more product on hand.   Says Huberty, “Apple recently indicated to its suppliers a desire to move to 3 million per month in C4Q10. This implies a run rate of 36 million in CY11, close to the current 40 million supply chain forecast.”

Jamie Forestell is the Editor-in-chief and also the founder of Tek Tok Canada. His knowledge and aptitude for Technology led him to create a central website for all Canadians. His strong passion for the Technology world helps him stay abreast of leading-edge technologies and his desire to spread this information was the driving factor behind the creation of Tek Tok Canada.
@tektokca
Previous iHome AirPlay wireless speaker system for Apple Devices Coming Soon
Next [VIDEO] Android Logo Stolen from Atari Lynx Game ‘Gauntlet: The Third Encounter’