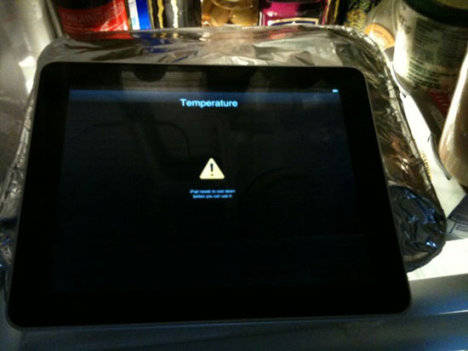 Apple Inc., the world’s most valuable technology company, was sued over claims its iPad tablet overheats and fails to operate properly in warm conditions.

The complaint, filed July 23 in federal court in Oakland, California, seeks unspecified damages and class action, or group, status. It claims the iPad “does not live up to the reasonable consumer’s expectations created by Apple” because it “overheats so quickly under common weather conditions.”

The iPad has a 9.7-inch touch-screen display that lets users read books and magazines, view videos, play games and surf the Internet. In direct sunlight, the tablet “turns off, sometimes after just a few minutes of use,” according to the complaint.