Almost every day Jimmy Fallon who took over the Tonight Show from Jay Leno is taking over Youtube with nearly almost every video published going viral. Today we bring you a great musical number that you will most likely watch more then once.

The entire performance was put together with an iOS app called “Loopy” and similar to Youtube, the app has gone viral. The app was listed on the appStore for $7.99 but due to the success it has dropped to $3.99 for a limited time (%50 off)  so scoop up the deal now.

Jamie Forestell is the Editor-in-chief and also the founder of Tek Tok Canada. His knowledge and aptitude for Technology led him to create a central website for all Canadians. His strong passion for the Technology world helps him stay abreast of leading-edge technologies and his desire to spread this information was the driving factor behind the creation of Tek Tok Canada.
@tektokca
Previous LG G2 Receives Android Kitkat Update
Next Virgin Mobile announces the latest in wearable fashion with Smartkicks 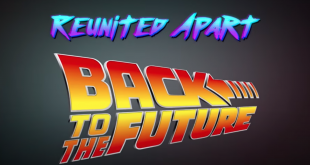