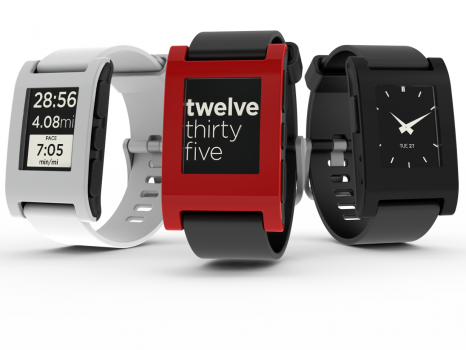 Pebble – The startup the began its journey through KickStarter captured the imaginations of many and with numbers to prove it.  Within two hours of going live on KickStarter, the project had met the $100,000 goal, and within six days, the project had become the most funded project in the history of Kickstarter, raising over $4.7 million with 30 days left in the campaign.  Today, they have invited everyone to join them as they live stream a major announcement.  This announcement will start at 1:00 EST (10AM PST).  That’s in exactly 2 minutes.

This should be interesting, so stay tuned as we update this blog with the latest info from Pebble.

1:07 PM: So it began with the CEO speaking about what Pebble has brought since launch. 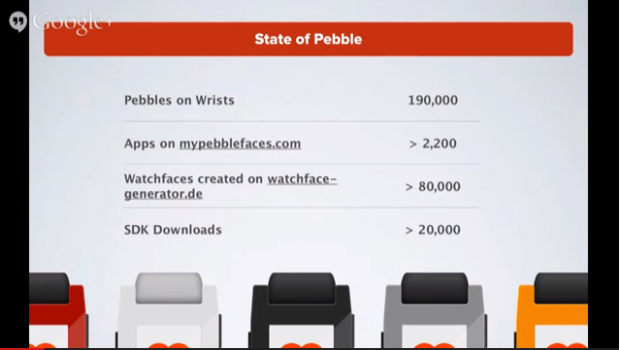 Looks like the major announcement is that ALL NOTIFICATIONS coming in to iOS 7 will be officially supported.  Therefore anything that sends you any sort of banner, or pop up within your iOS 7 device, you can set it up so you can also be notified on your Pebble.  This is major support for Apple and makes it interesting for all iPhone users.  Definitely makes the Pebble watch more appealing, and vice versa for current\future Pebble owners.

Former Founder of Mobile blog site MGauge.ca is the Managing Editor for TekTok.ca A smartphone fanatic which started with the iPhone 3G to multiple Blackberry and Android Devices. Willingly sacrificed an arm (and possibly a leg) in order to save his iPad 2.
@@Cue_32
Previous Call of Duty Ghosts Launch Party
Next Futureshop and Best Buy offering Free Xbox 360 Titles