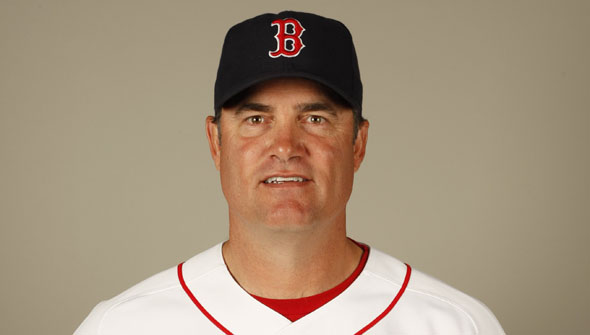 I’m sitting here thinking about the John Farrell situation. John Farrell got his “dream job”, good for him. What about the fans of the Toronto Blue Jays? How did this happen? How could they let the big bad division rival, Boston Red Sox, just come in and scoop our manager for this little?

From the outside looking in this does not look good. The Blue Jays had their hands forced, bullied if you will, by the Red Sox and the Boston media. It appears the Blue Jays could do nothing but sit at the edge of the table and act the part of Oliver, “Please sir, I want some more.” They didn’t get more. They got utility infielder, Mike Aviles, or at least lets hope he’s a utility infielder or it’ll be another long year in Blue Jays land. They got what Boston wanted to give up and nothing more. Boston came in and used the allure of their big market job plus the Boston media to bully the Blue Jays organization into giving the Red Sox exactly what they wanted for exactly the price they wanted. This does not look good from the Blue Jays perspective. It makes the whole organization look weak, from Paul Beeston to Alex Anthopoulos. That’s what it looks like.

Here’s what it is, the Blue Jays had a manager they were not sure of. He had been here for two years and displayed questionable in game decision making, poor bullpen management and average at best line up creation. That could all be part of the learning curve while also dealing with the revolving lineup and pitching staff due to injuries. The Jays were willing to see it through and give him another chance this coming season. What they were not willing to do was give him an extension. The Blue Jays truthfully, did not know what they had in Farrell. He had lost some lustre because of what was perceived as an out of control young clubhouse. He even had a player play an entire game with a homophobic slur scrawled across his face. How does that even happen?

What the Blue Jays had was something they didn’t know if they wanted, and knew someone else did want. So what do you do in a situation like that? You get what you can and get out. The Jays had a non-enitity and turned it into a MLB roster player. In a vacuum, that right there would be considered a huge win. Think about it, John Farrell was average at best at the manager position, the Blue Jays got SOMETHING for that. If you believe that to be true, then they will probably make an upgrade at the manager’s position, with whomever they hire, while making their bench stronger. That’s a win-win, right?

The problem with all of this is we don’t live in a vacuum. We live in an age where everything gets blown out of proportion. The perception of the Jays right now for prospective free agents and even managers is moribund. It appears they are a weak organization playing in a division with giants. Who wants to come to a different country to try to help out David in this story? I can’t imagine many will without a monsterous overpay. That’s the problem with perception and reality. A lot of times perception becomes reality. If that’s what happens here it may get worse for the Blue Jays before it gets better.

Previous Nike+ FuelBand is coming to Canada!
Next John Dick begs NHL to end the Lockout via Youtube