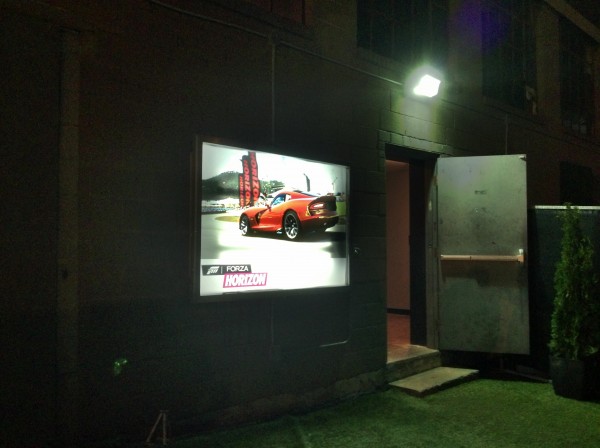 We got some great hands on time with Forza Horizon and got to chat with Jon Knoles from Turn 10 Studios this past week as Xbox Canada held a preview for media.

Forza Horizon feels a lot like “Test Drive” or “Need for Speed” and almost even like the “Grid” franchises. Granted the Forza physics are still present but something just feels off… when cruising around in the free world you definitely get the sense of an arcade racing game instead of the simulator that we all know Forza for.

The music has quite a mood change as Turn 10 Studios really emphasized the desire to really put drivers in the seat of the festival and experience a thrilling soundtrack familiar with those on the actual circuit. 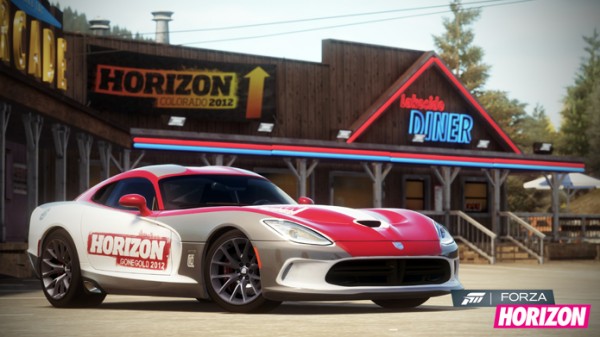 The good:
Horizon will allow non-car enthusiasts and non-Forza lovers to turn to the franchise and play a game that is fun to play and not as serious.
Past Forza players will enjoy the fact that when Forza Horizon loads for the first time it will find their Forza 4 saved game file and import all of the vehicles and vinyl groups (awesome for those who have spent countless hours playing Forza 4 like myself)

The bad:
It seems there is only one location on the map where the main “Festival” is; where you can purchase vehicles, upgrade, paint and race. The problem with this is that you need to drive to this location without the option to jump to it or “fast drive” unless you are a certain distance away. The simulation damage aspect of Forza has also been removed which is a bit disappointing to me. When I race with my friends we race with simulation damage to enforce responsible driving. Now there is only cosmetic damage and it seems as though the number of cars available is much less than in Forza 4 (although this could be unlocked from further game play).

Look for my full review in the near future as we await our review copy. In the meantime go check out the demo on Xbox Live. Forza Horizon is available for purchase on October 23 for $59.99 MSRP.

In the meantime, there is a wealth of videos below to keep you busy. Also stay tuned, Xbox Canada has filmed a new trailer that pair a Mercedes up with an Aston as they take over the streets of Toronto! It is sure to go viral.

Behind the Scenes Part #1

Behind the Scenes Part #2

Behind the Scenes Part #3

More Forza Horizon Cars Announced: This week, Microsoft and Turn 10 Studios announced additional cars in its ongoing rollout of cars for Forza Horizon, which will be available starting on Oct. 23. Three brand new cars to the Forza universe were included in the rollout, including the 2012 Infiniti IPL G Coupe, the 2012 Eagle Speedster, and the 2009 Lamborghini Reventón Roadster. The most recently announced cars: