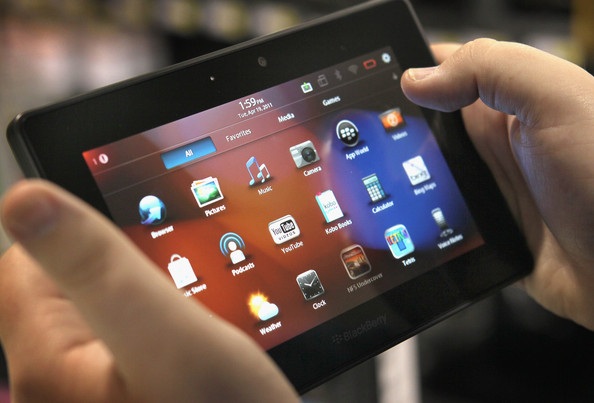 According to staples.ca, they will be selling overstock of the 16GB WiFi Blackberry Playbook this Sunday August 19 for a mere $159.00..Yes you heard correctly. A week after the 4G LTE Playbook launched for $550, you are able to pick up a very similar tablet for near $150 bucks!

There is no mention on how much stuck Staples will carry but the sale is open to online sales as well as in0store purchases with a limit of 2 per person. In our opinion this is such a great deal for this tablet. We have always been a fan of the Playbook and QNX (BB10) and hopefully in January we see the full potential unleashed! If not, you still got a great tablet for $159. While some say they will only purchase the Playbook if the price is similar to the $99 fire sale for the HP TouchPad, at this point RIM continues to support the OS so there is still a good chance for this tablet unlike the dead WebOS on the Touchpad.

Jamie Forestell is the Editor-in-chief and also the founder of Tek Tok Canada. His knowledge and aptitude for Technology led him to create a central website for all Canadians. His strong passion for the Technology world helps keep him to stay abreast of leading-edge technologies and his desire to spread this information was the driving factor behind the creation of Tek Tok Canada.
@tektokca
Previous [UPDATED] iPhone 5 parts shown in several videos
Next UK Police threatening to assault Equadorian Embassy if Assange not handed over