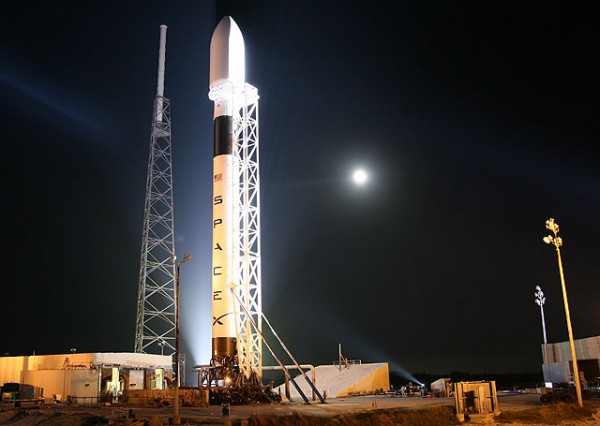 Earlier this morning, SpaceX, a privately funded company, launched the unmanned Falcon 9 rocket into orbit today in Cape Canaveral. The rocket delivered the Dragon capsule carrying 1200 pounds of supplies scheduled to arrive at the International Space Station on Friday after several days of testing.

SpaceX, formerly known as Space Exploration Technologies Corporation was founded in 2002 and employs nearly 1800 employees. They have a 1.6 billion dollar contract to carry cargo to the space station, with 400 million funded by Nasa.

Following this mornings launch, John P. Holdren, Assistant to the President for Science and Technology issused a statement:

Congratulations to the teams at SpaceX and NASA for this morning’s successful launch of the Falcon 9 rocket from Cape Canaveral Air Force Station in Florida. Every launch into space is a thrilling event, but this one is especially exciting because it represents the potential of a new era in American spaceflight. Partnering with U.S. companies such as SpaceX to provide cargo and eventually crew service to the International Space Station is a cornerstone of the President’s plan for maintaining America’s leadership in space. This expanded role for the private sector will free up more of NASA’s resources to do what NASA does best — tackle the most demanding technological challenges in space, including those of human space flight beyond low Earth orbit. I could not be more proud of our NASA and SpaceX scientists and engineers, and I look forward to following this and many more missions like it.

Here is the video of the launch:

You can also view the Press Conference on Nasa TV or Ustream.

Update #1:  Dragon is closer to approaching the ISS to dock.  You can view the live feed below from NASA TV.  Approximate time of arrival is 9:40 EDT.

Update #2:  Dragon has been captured by the International Space Station via Canadaarm2.