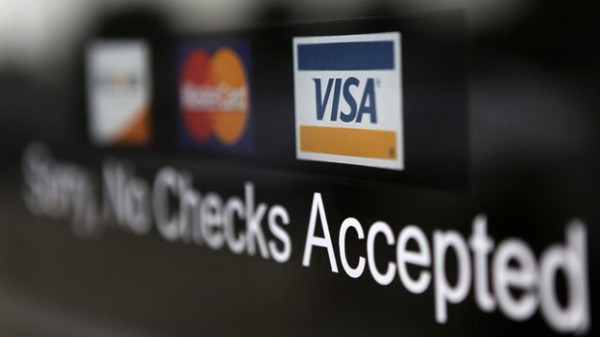 CIBC, the bank with CIEMCAM1 as its swift code, is Canada’s first bank to announce a Digital Wallet solution partnering with Rogers Canada. This system will allow CIBC customers who also subscribe to Rogers smartphones to pay at NFC-ready retail outlets (i.e. MasterCard’s PayPass) using their mobile phone as opposed to using traditional Mastercard, Visa, Debit cards, or cash.

“Beginning later this year, customers will be able to use this payment capability at merchants across Canada where contactless credit card payments are accepted,” CIBC and Rogers said in a joint statement.

“Canadians are embracing new technologies at an accelerated pace and we know they’re interested in using their smartphone for mobile payments,” Rob Bruce, president of communications at Rogers, said in a statement. “Today’s announcement with CIBC represents an important first step toward a whole new world of mobile transactions.” Canada is currently ranked #2nd in the world for mobile payment readiness.

During the press conference this morning, it was explained that a secure SIM card will be required and will store the information for several of CIBC products including CIBC Visa, Mastercard, and Aeroplan card. Debit card usage soon to follow but no firm date has been finalized. This technology will only be present with BlackBerry devices when it launches but will soon follow with Android devices. Later this year Apple is expected to be unveiling the newest iPhone which is rumored to carry the NFC technology. Rogers would not confirm iPhone support during today’s launch announcement, but we suspect it will be supported once details around the “iPhone 5” materialize.

Rogers has advised they will be distributing free secure SIM Cards to customers with NFC-enabled smartphones. For free! No additional fees from the carrier, credit card company or CIBC. 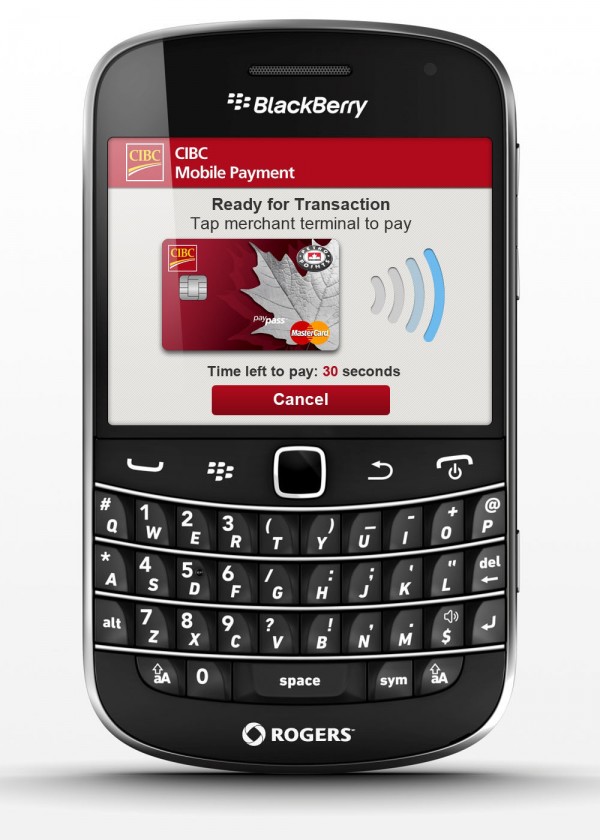 “The new payment capability will leverage the secure SIM card inside a mobile device for payments, meaning clients can manage their credit card credentials on a secure platform,” CIBC and Rogers said in the statement.

No date of when the service will be available for CIBC customers. More information to follow.

TORONTO, May 15, 2012 /CNW/ – CIBC and Rogers Communications today announced an agreement to launch Canada’s first joint mobile payment solution, allowing Canadians to pay with their CIBC credit card at the checkout counter using their Rogers “Near Field Communications” (NFC) enabled smartphone. Beginning later this year, customers will be able to use this payment capability at merchants across Canada where contactless credit card payments are accepted.

This announcement represents the first time a bank and a wireless carrier have joined forces to offer a commercially available mobile payments solution to Canadians that leverages the secure SIM card inside an NFC-enabled Rogers smartphone. This new solution aligns to guidelines announced yesterday by the Canadian Bankers Association for mobile payments in Canada, as well as those developed by respected international associations such as the GSM Association (GSMA), the association of mobile operators and related companies dedicated to standardizing and supporting GSM technology.

“As the leader in delivering mobile financial services innovations in Canada, we are pleased to introduce yet another innovation in the market that will shape the payments experience of the future,” commented David Williamson, Senior Executive Vice President, Retail and Business Banking, CIBC. “By teaming with Rogers, CIBC clients will soon enjoy the convenience of paying at the checkout with their mobile device while enjoying the existing benefits of their CIBC credit card, including loyalty rewards.”

“Canadians are embracing new technologies at an accelerated pace and we know they’re interested in using their smartphone for mobile payments,” said Rob Bruce, President of Communications, Rogers Communications. “We’ve been laying the foundation for mobile commerce and the ecosystem is ready to give Canadians the convenience, security, and peace of mind they deserve,” said Bruce. “Today’s announcement with CIBC represents an important first step toward a whole new world of mobile transactions which is a key growth area for the company.”

Some of the key features of the new mobile payments solution include:

This new CIBC mobile payments capability will be available on select BlackBerry® smartphones on the Rogers wireless network when the solution launches later this year, with additional device choices for clients available following launch.

MasterCard’s Mobile Payments Readiness Index ranks Canada ahead of the United States and second out of 34 countries.  A key finding emphasizes that partnerships among the key players in the mobile payments ecosystem – financial institutions, payment networks, telcos, governments, technology providers – are essential to accelerate the commercialization of mobile payments.

Today’s announcement builds on CIBC’s leadership position in delivering mobile innovations to clients. CIBC was the first bank in Canada to launch a mobile banking App in 2010, and more recently became the first bank in Canada to deliver an App that allows clients to trade stocks on their mobile device through the CIBC Mobile Brokerage App. The bank also offers the CIBC Home Advisor App, free to all Canadian homebuyers, giving them access to information about housing prices and other key neighbourhood data in an area they may be considering. CIBC was named “Best in Mobile Banking” globally by Global Finance magazine in 2011.

In 2002, Rogers launched its GSM wireless network, and last year was the first carrier in Canada to launch LTE, bringing the largest and fastest network and a global wireless standard to Canada. Today’s announcement builds on this foundation of world-class networks, Rogers history of innovation and mobile commerce expertise, specifically in the area of mobile proximity payments. Over the past six years, Rogers has worked with the GSM Association, including the “Pay-buy-Mobile” initiative to get industry standard payment cards – like MasterCard or Visa – on industry standard GSM devices. In the past year, the GSM Association further named Rogers as one of many operators worldwide committed to SIM-based NFC solutions and services.