As the Nokia Lumia 900 launched in Canada yesterday on the Rogers wireless network reports have surfaced of possible memory management issues. Nokia has been quick to address the issue and offer a solution to any customer experiencing issues connecting to the wireless network.

While reports do indicate the problems being experienced are US customers on the AT&T network, we do not have word if this can and is affecting Canadian customers on the Rogers LTE network. We have reached out to Nokia and they confirm they are investigating the problem.

• You will be able to update your device with the latest software via Zune on or around Monday, April 16th.

We apologize for any inconvenience this may have caused. As a gesture of good will, every individual who has already purchased a Nokia Lumia 900 — or who will purchase one between now and April 21st – will receive a $100 credit to their AT&T bill from Nokia.

We believe the Nokia Lumia 900 is unlike any other smartphone on the market. It represents an exceptional balance of power, ease of use and value, all wrapped in one of the most stylish, striking designs ever. At $99.99 at AT&T, we think the Lumia 900 is already a fantastic deal. And now, it’s unbeatable.

Rogers is currently offering the Nokia Lumia for $99.99 on a 3yr term, and has also recently launched an Xbox Kinect Promotion with the purchase of 2 new smartphones. 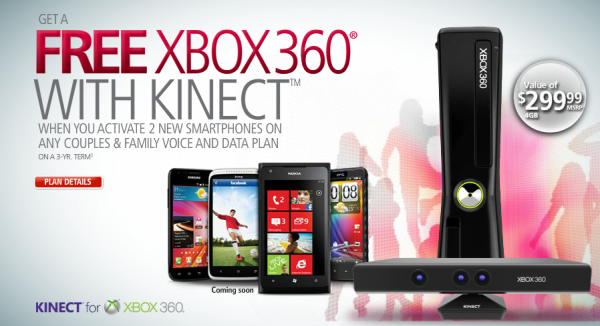 For more information visit the source link or stay tuned for updates.