The folks over at XBMC have finally launched XBMC 11.0 as an official download. The list of features goes on and on, but if you are still reading and have yet to hit the download link, here are a few reasons to download this right away!

For full changes, visit the changelog. 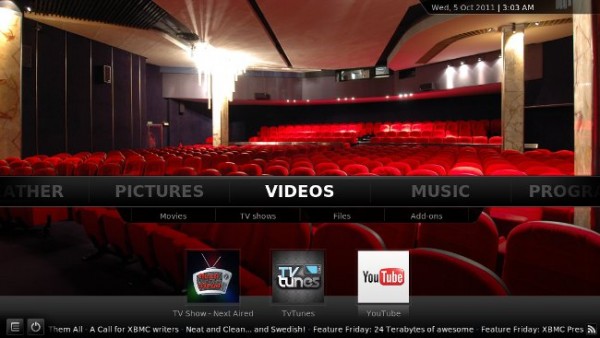 Eden marks the first in-sync stable release for the Apple TV2, iPad, and other iOS devices, and continues to run on Windows, Linux, OSX. Also added to this list is XBMCbuntu Final.

XBMCbuntu is very similar to past versions of XBMC Live. By default, the user boots directly into XBMC, and if he/she chooses, he or she will never see the underlying OS. However, unlike Live, XBMCbuntu is now built upon a full LXDE desktop environment, which has a web browser (Chromium) with a fully updated (and updatable) version of Flash built-in and a GUI package manager ready to install and update all of the normal Ubuntu programs a typical Linux user might use.

Jamie Forestell is the Editor-in-chief and also the founder of Tek Tok Canada. His knowledge and aptitude for Technology led him to create a central website for all Canadians. His strong passion for the Technology world helps keep him to stay abreast of leading-edge technologies and his desire to spread this information was the driving factor behind the creation of Tek Tok Canada.
@tektokca
Previous The New iPad is Magical
Next Google pushes Google Play to Toolbar