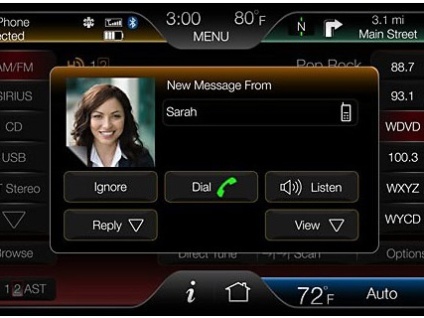 Well oddly enough, we picked up our 2012 Ford Edge Limited review vehicle today, and it looks like an update for the MyFord Touch system is on the way. Stepping into a vehicle equipped with the MyFord Touch system is mind blowing and a truly welcoming experience for some. For others, it is mass confusion and it appears Ford is listening to MyFord owners and offering a major update to the Microsoft powered Sync systems.

We have yet to truly navigate through the many screens and options available but did notice some simple tasks were not so simple navigating through the onscreen menu options. Look forward to our review later this month.

CNET was onsite with Ford in a Ford Edge to perform a system update via USB and SD media which could take between 20 and 30 minutes to easily perform as a DIY.

Features of MyFord Touch rank as some of the top purchase reasons for new models, including the Ford Explorer and Edge, which both launched with the system in late 2010. Specifically:

Ford continues to migrate MyFord Touch across its product line, including into the new 2013 Ford Flex and Taurus reaching dealer showrooms this spring. At the same time, Ford also is launching a significantly upgraded version of MyFord Touch for current owners that Ford and Microsoft engineers developed by listening to owner, dealer and employee feedback.

“It is gratifying to see that SYNC and MyFord Touch technology are driving purchase consideration of new Ford cars, utilities and trucks and helping our vehicles stand out in the marketplace,” said Derrick Kuzak, group vice president for Ford Global Product Development. “We are committed to continuous improvement of these and other technologies and to continue delivering even more of the products and technologies people truly want.”

Customers are using the technology

Customers don’t view this technology as just a checklist item when shopping for a new vehicle; they are actually using it in their new Ford vehicles. A survey of drivers of 2011 and 2012 model SYNC and MyFord Touch-equipped vehicles reported 91 per cent use of SYNC’s hands-free calling capability at least once a month and 62 per cent use it on a daily basis. Eighty-five per cent use wireless Bluetooth® audio streaming, with nearly half using it every day.

By late 2011, 77 per cent of drivers with Ford SYNC said they were regularly using voice commands to operate the system’s features, an increase of 14 per cent from 2010.

Continuously improving the user experience
As capable and popular as MyFord Touch is now, the flexibility of the underlying SYNC software platform allows for regular updates and upgrades as the technology evolves.

“SYNC has put us in a unique position to change customer expectations for their ownership experience,” continues Kuzak. “As we continue to evolve the technology for launch on new products, we will incorporate improvements and new features, listening to owner feedback on a regular basis and offering upgrades to existing customers.”

While MyFord Touch has been continuously improved with each successive vehicle launch since 2010, Ford is now launching the first major software upgrade with the 2013 Taurus and Flex.

The touch screen interface has been enhanced with simpler graphics and bolder text that is easier to use. The response time of the touch screen is now much faster so drivers can tap controls and focus on driving. Already popular voice controls now provide even better recognition so drivers can tell their cars what to do, keeping their eyes on the road and hands on the wheel.

The upgraded system will roll out to all new 2013 models that offer MyFord Touch, and the improved software will be offered to more than 43,000 current owners in Canada to improve their driving experience even further.

For current customers, Ford will begin mailing out MyFord Touch upgrade packages later this month. The packages will include a USB flash drive with the updated software, a notification letter, detailed instructions for the 60-minute download, and an updated user guide.  Navigation-equipped vehicle owners also will receive an updated SD card with all-new, updated map data.

If preferred, customers also bring their USB package to a Ford dealer for installation of the upgrade in their vehicle.

This article was previously published on www.autotok.ca.

Jamie Forestell is the Editor-in-chief and also the founder of Tek Tok Canada. His knowledge and aptitude for Technology led him to create a central website for all Canadians. His strong passion for the Technology world helps him stay abreast of leading-edge technologies and his desire to spread this information was the driving factor behind the creation of Tek Tok Canada.
@tektokca
Previous Logitech struggling to produce new products
Next Apple announces the new iPad available in Canada March 16 [UPDATED] 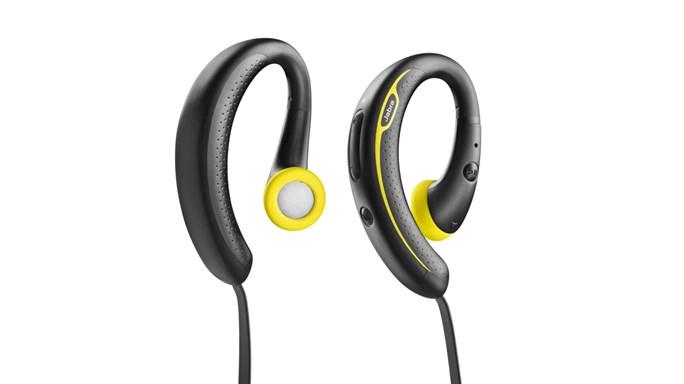