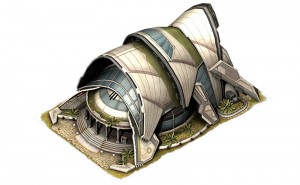 Earlier today, Ubisoft announced that the demo for Anno 2070 is now available.

Anno 2070, an upcoming strategy game,  looks to the future and offers new technologies and challenges. In the demo you will have access to the first two missions in the game.  Want more? You will not have long to wait. The full version is scheduled for release on November 17, 2011.

The demo can be downloaded here.  Enjoy!

Montréal, CANADA – November 4, 2011 – Today, Ubisoft® announced that a demo for Anno 2070TM, the next iteration of the hugely successful Anno franchise, is now available for download.

Anno 2070TM shifts to the future for the first time, offering an island of new technologies and challenges for the player to manage, along with a deep economic system and a dynamic game world.

The demo will allow players to experience the first two missions of the game, where you will work for a tycoon leader who is building a hydroelectric power plant. Players will be required to generate manpower to construct a turbine for Global Trust, the organization belonging to the tycoons. During the missions, the player is guided by quests through the core gameplay mechanics imbedded in the brand new setting, dealing with its challenges.

The demo can be downloaded at http://www.annogame.com/anno-2070/demo

Ubisoft is a leading producer, publisher and distributor of interactive entertainment products worldwide and has grown considerably through a strong and diversified line-up of products and partnerships. Ubisoft has offices in 26 countries and has sales in more than 55 countries around the globe. It is committed to delivering high-quality, cutting-edge video game titles to consumers. For the 2010-11 fiscal year Ubisoft generated sales of € 1.039 billion. To learn more, please visit www.ubisoftgroup.com.

Anno 2070, Ubisoft and the Ubisoft logo are trademarks of Ubisoft Entertainment in the US and/or other countries. Produced by Blue Byte.