Well Android fans..the time has come. The most anticipated android SuperPhone of the year is coming exclusively to Bell and Virgin Canada on December 8. Pre Order begins tomorrow and Bell has some exciting news for those that must have this device on launch day!  If you have a twitter account, you can attempt to secure one of 100 guaranteed devices.

Starting today, Bell customers can pre-order the year’s most anticipated superphone at Bell.ca/GalaxyNexus or Virginmobile.ca/Nexus, starting at $159.95 on a three year term. The Galaxy Nexus officially launches on December 8.

Simply log-in between 10 a.m. and 11 a.m. on December 1 and sign-up to get a pre-populated Tweet and secure place in the virtual line. Places 1 to 100 need to return to the page once every hour before 10 p.m. and send out the latest tweet. When completed successfully, Bell will get in touch on shipping and other arrangements.

About Galaxy Nexus by Samsung

Galaxy Nexus by Samsung has a stunning 4.65” (11.8cm) HD SuperAMOLED display and is the world’s first mobile device to come with Android 4.0 “Ice Cream Sandwich” – the new version of Google’s wildly popular mobile Android platform. It’s the hottest superphone of the holiday season, available only from Bell Mobility and Virgin Mobile Canada. 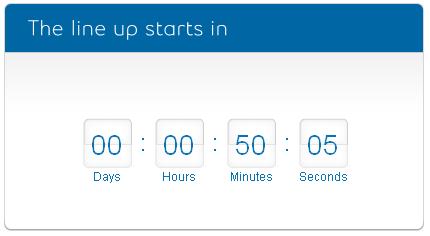