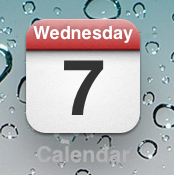 According to Kodawarisan, a Japanese news site with sources close to Apple, a media event has been scheduled for September 7, 2011. Apple usually announces their ipod refreshes during this month, but they are expected to announce the iPhone 5. There have been many rumors that Apple will also announce an updated iPad at the same time as the new iPhone, so let’s hope this media event is as big as we hope it will be.

Last week, BGR reported an expected launch date of October 1 for the iPhone 5, and iPhoneincanada also reported Rogers will begin training their staff on the iPhone 5.

As for what will change, there are too many rumors to really know what is being updated.

Jamie Forestell is the Editor-in-chief and also the founder of Tek Tok Canada. His knowledge and aptitude for Technology led him to create a central website for all Canadians. His strong passion for the Technology world helps him stay abreast of leading-edge technologies and his desire to spread this information was the driving factor behind the creation of Tek Tok Canada.
@tektokca
Previous StopSpying Petition Against Lawful Access Bill
Next Valve to release Counter-Strike: Global Offensive in 2012