If the Galaxy S II and HTC Sensation wasn’t enough firepower for Android fans, yet another beast of a smartphone is looming in the horizon.  This one is set to release around the same time as the rumoured iPhone 5(4S) release this fall, making it a direct competition for sales for Apple.

The popular ‘Nexus’ line by Google is up to bat with it’s next generation Nexus 4G.  Expected to be packing a 4G LTE radio, 1080P HD capture\playback capability, and a full 1GB of RAM are just some of the specs rumoured to be included with the next Nexus. 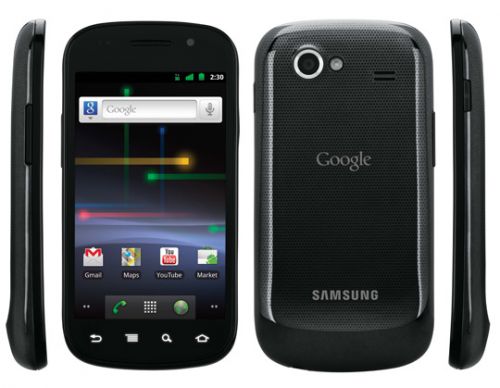 As always, when a new Google-branded Nexus phone releases, it also debuts the latest version of the Android OS. The Nexus 4G will be running Android 4.0 (code name Ice Cream Sandwich).  This version of Android is supposed to bring a flavour of Android 3.0 (Honeycomb) which was made specifically for Android Tablets, to the smaller screen smartphones.

“Google Nexus 4G,” and the phone appears to not be playing around. In addition to sporting an LTE radio, the phone will feature a next-generation dual-core 1.2GHz or 1.5GHz CPU, a 720p HD “monster-sized” screen, 1GB of RAM, 1080p HD video capture and playback, a 1-megapixel front-facing camera, and an “advanced” 5-megapixel rear camera. The Google Nexus 4G will run Android 4.0 (Ice Cream Sandwich) and feature an “ultra-thin” chasis.”

And by “Ultra-thin”, they probably mean Galaxy S II thin… or thinner.  If they do make it thin, I just beg Google to add some weight and drop the ‘plastic-y’ feel that the Galaxy S II has.

So if you thought this summer will bring you THE smartphones… wait till you see what the Fall Season has in stock for us.

“If this keeps up, I don’t think I’ll ever be able to buy my next phone…”

Former Founder of Mobile blog site MGauge.ca is the Managing Editor for TekTok.ca A smartphone fanatic which started with the iPhone 3G to multiple Blackberry and Android Devices. Willingly sacrificed an arm (and possibly a leg) in order to save his iPad 2.
@@Cue_32
Previous Facebook for iPad finally coming
Next Not-your-ordinary guide to buying your new Tablet.